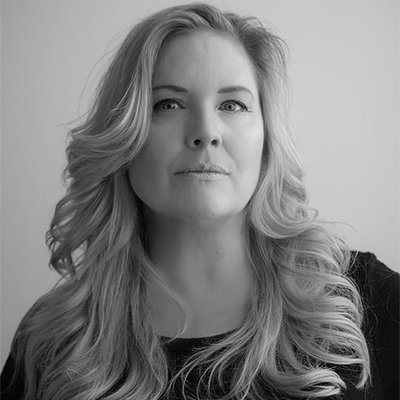 Dr. Heather Ann Thompson is a historian at the University of Michigan, and is the Pulitzer Prize and Bancroft Prize-winning author of Blood in the Water: The Attica Prison Uprising of 1971 and Its Legacy (Pantheon Books, 2016). Blood in the Water was won the Ridenhour Prize, the J. Willard Hurst Prize, the Public Information Award from the New York Bar Association, the Law and Literature Prize from the New York County Bar Association, the Media for a Just Society Award from the National Council for Crime and Delinquency, and the book also received a rarely-given Honorable Mention for the Silver Gavel Award from the American Bar Association. Blood in the Water was also long listed for the Cundill Prize in History, and was a finalist for the National Book Award as well as the Los Angeles Times Book Award. Upon its release Blood in the Water was prominently reviewed and profiled in the New York Times in four different sections, and Thompson herself was profiled in the highly-coveted “Talk” section in the New York Times Magazine. Blood in the Water ultimately landed on fourteen “Best of 2016” lists including the New York Times Most Notable Books of 2016 list, and ones published by Kirkus, Publishers Weekly, Newsweek, Christian Science Monitor, the Boston Globe, and others. The book also received rave reviews in over 100 top popular publications, and Thompson appeared on over 25 television shows, including PBS Newshour, CBS Sunday Morning and the Daily Show, as well as on over 50 radio programs, including Sirius and NPR.

Within the first week of its publication Blood in the Water was optioned by TriStar Pictures and will be adapted for film by acclaimed screenwriters Anna Waterhouse and Joe Shrapnel and produced by award-winning producers Amy Pascal and Rachel O’Connor.

Heather Ann Thompson’s audience goes well beyond her work in Blood in the Water. She also wrote the book Whose Detroit: Politics, Labor, and Race in a Modern American City in 2001 which was republished in 2017 on the occasion of the 50th anniversary of the Detroit Riot of 1967. Her commentary on that subject landed her on numerous local broadcasts, on a national news program, on CSPAN, and on two CNN documentaries.

Thompson is also a public intellectual who writes extensively on the history of policing, mass incarceration and the current criminal justice system for The New York Times, Newsweek, Time, The Washington Post, Rolling Stone, Jacobin, The Atlantic, Salon, Dissent, NBC, New Labor Forum, The Daily Beast, and The Huffington Post, as well as for the top publications in her field. Her award-winning scholarly articles include: “Why Mass Incarceration Matters: Rethinking Crisis, Decline and Transformation in the Postwar United States,” Journal of American History (December 2010) and “Rethinking Working Class Struggle through the Lens of the Carceral State: Toward a Labor History of Inmates and Guards.” Labor: Studies in the Working Class History of the Americas (Fall, 2011). Thompson’s piece in the Atlantic Monthly on how mass incarceration has distorted democracy in America was named a finalist for a best magazine article award in 2014.

On the policy front Thompson served on a National Academy of Sciences blue-ribbon panel that studied the causes and consequences of mass incarceration in the U.S. The two-year, $1.5 million project was sponsored by the National Institute of Justice and the John D. and Catherine T. MacArthur Foundation. Thompson has served as well on the boards of several policy organizations including the Prison Policy Initiative, the Eastern State Penitentiary, a historic site, and on the advisory boards of Life of the Law and the Alliance of Families for Justice.  She has also worked in an advisory capacity with the Center for Community Change, the Humanities Action Lab Global Dialogues on Incarceration, and the Open Society Foundation on issues related to work.

Thompson’s audience is international as well as national. She has spent considerable time presenting her work on prisons and justice policy to universities and policy groups nationally and internationally as well as to state legislators in various states.  She has given talks in countries such as France, Switzerland, Germany, Ireland, the UK, as well as across the Unites States, including in Hawaii.

In 2016 Thompson became President-elect of the Urban History Association and, in 2012 the Organization of American Historians named her a Distinguished Lecturer  and, along with Rhonda Y. Williams (Case Western Reserve), she currently edits a manuscript series for UNC Press, Justice, Power, and Politics. She is also the sole editor of the series, American Social Movements of the Twentieth Century published by Routledge.  Thompson has consulted on several documentary films including Criminal Injustice at Attica and assisted with other documentary films including one on Criminalization in America by filmmakers Annie Stopford and Llewellyn Smith from BlueSpark Collaborative, another produced by Henry Louis Gates entitled, And Still I Rise: Black Power to the White House for PBS, and one soon to be released on the Bard Prison Initiative.