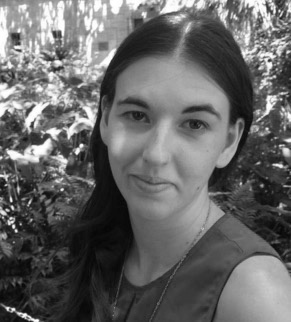 Tracy L. Barnett is a doctoral candidate at the University of Georgia.

Rifles—their meaning to men and their availability in nineteenth-century America—are at the center of her work. Her dissertation, “Men and Their Guns: The Culture of Self-Deputized Manhood in the South, 1850–1877,” analyzes the historic origins of America’s gun culture and its mutually constitutive relationship to white supremacist ideology. Originating in the South as a direct response to slavery and racial inequality, white men developed an informal system of ‘self-deputized’ policing; white, civilian men took up arms and policed southern society as slave patrollers, militiamen, and Klansmen. Yet these weapons were, by and large, produced above the Mason-Dixon line. Northeastern manufactures—including but not limited to, the Winchester Repeating Arms Company, Remington Arms Company, and the Colt Manufacturing Company—intentionally sold their lethal wares South on an unregulated market. The amorality of American gun manufacturers—and the banality with which they sold their lethal products to southern men—directly contributed to the South’s violence and the deaths of African-American men, women, and children. Indeed, this was not strictly a Southern problem; it was an American problem. Men, their rifles, and their concept of self-deputized policing moved westward as the nation expanded. In small western towns, Civil War veterans, who were too well-trained in shooting and killing, policed and patrolled their communities as self-deputized men. Instead of acknowledging the violence committed against African-American and indigenous peoples, however, western mythology misremember these armed, white men as ‘heroic, honorable, gun slingers.’ In short, this dissertation uncovers the lethal, racialized origins of America’s modern gun culture.

“Holiday Toasts and Homesick Rebels: How the Civil War changed Christmas in the South”The Civil War Monitor, Vol. 9, No. 4 (Winter 2019).