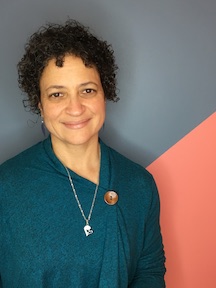 I am a native Southerner and belong to the Lumbee Tribe of North Carolina, born in Robeson County, NC and raised in Durham. I am a historian and documentary film producer, an Associate Professor of History at UNC-Chapel Hill and Director of the Center for the Study of the American South.

I live in Durham with my partner and daughter, fifteen minutes from my mom and two of my brothers. I am one of seven siblings. I engage on Twitter.

I also work in documentary film production, most recently as a co-producer with Markay Media, including Private Violence (broadcast on HBO in 2014), A Chef’s Life (currently airing on PBS), and Road to Race Day (streaming on go90zone.com). Previous films include In the Light of Reverence (broadcast on PBS in 2001), and two short films, Real Indian (1996), and Sounds of Faith (1997), both of which premiered at the Sundance Film Festival.