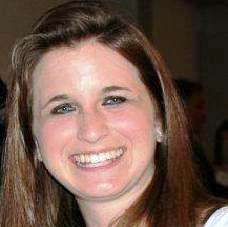 I am assistant professor of history and coordinator of the BA program in Social Justice Studies at Ouachita Baptist University in Arkansas. I hold a BA in history, mass communications, and Russian, an MA in comparative history, and a PhD in African history from Ouachita, the College of William and Mary, and Howard University respectively. I have also been a visiting researcher at the University of the Western Cape and received funding from Phi Alpha Theta, the American Historical Association, Columbia University, and the Tokyo Foundation. I am is interested in many things, primarily legal and intellectual histories of decolonization and anti-apartheid work as they relate to transnational allies. I have published in Atlantic Studies, History in Africa, Human Rights Review, and Safundi, and in edited volumes and on professional blogs; my main current project is revising a monograph on the Southern Africa Project of the Lawyers’ Committee for Civil Rights Under Law. It is under review, and I have begun work on a new project, centered around liberation movement cadres’ common law experiences in Frontline States

“The Most Patient of All Animals, Next to the Ass:  Jan Smuts, Howard University, and African-American Leadership, 1930” with Robert Edgar in Safundi:  The Journal of South African and American Studies.  18.1 (January 2017).

“The Making of Biko:  Martyrdom and the Creation of a South African Intellectual” in Arno Sondregger, ed. African Thoughts on Colonial and Neo-Colonial Worlds:  Facets of an Intellectual History of Africa.  Berlin:  Neofelis Verlag, 2015.

A Parallel Evolution:  The Southern Africa Project of the Lawyers’ Committee for Civil Rights Under Law,  Apartheid, and Civil Rights,” in Toyin Falola and Danielle Porter Sanchez, eds.  African Culture and     Global Politics:  Language, Philosophies, and Expressive Culture in Africa and the Diaspora.  New     York:  Routledge, 2014.