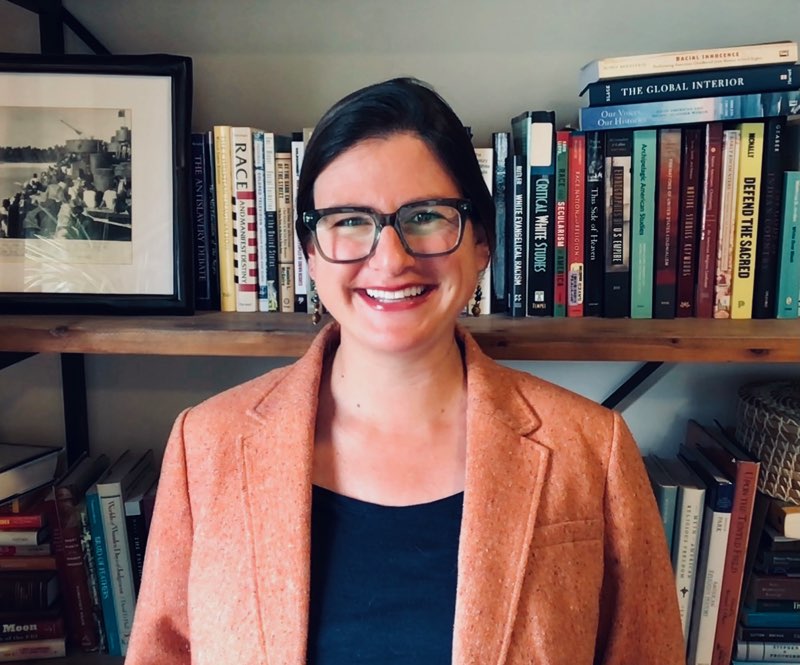 Carleigh Beriont is a PhD candidate in the Committee on the Study of Religion at Harvard University, where she works on the history of American religions and politics. Her research focuses on United States empire, missionaries, and militarism in the Pacific during the 19th and 20th centuries. She received an MTS in Religion, Ethics, and Politics from Harvard Divinity School and a BA from Mount Holyoke College. Previously, Carleigh lived and worked in the Republic of the Marshall Islands.

Currently, she is writing a dissertation that explores the history of Protestant Christianity and American imperialism in the Marshall Islands during the 19th and 20th centuries.

In her work, she seeks to challenge the dominant periodizations and spatial and discursive formations of the United States and U.S. empire, particularly those that depict the Pacific as a monolith, frontier, border, or vast empty space, situated at the periphery of the U.S. and its historiography and interrogate the political and theological implications of U.S. policy in the region, especially as it relates to nuclear testing and militarization, climate change, and migration.

“In Translation: Religious Freedom, Democracy, and U.S. Empire from the Perspective of the Postwar Pacific Islands (Roundtable),” American Religion (Spring 2020)

“‘For the Good of Mankind’: Atomic Exceptionalism, Religion, and United States Empire in the Postwar Pacific” in A Companion to American Religious History, ed. Ben Park (Wiley-Blackwell, 2020): 287-298.