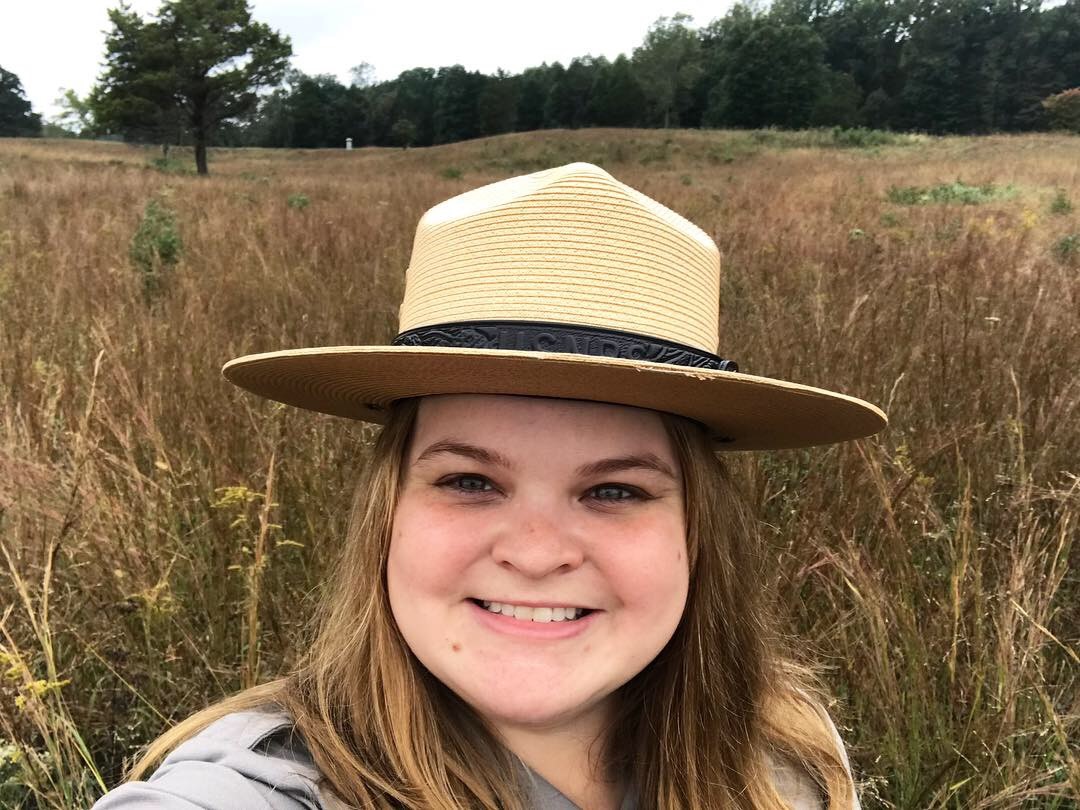 Rebekah (Becky) Oakes received her bachelors degree in history from Gettysburg College and a Master’s in 19th Century U.S. History and Public History from West Virginia University. She began her career with the National Park Service (NPS) at Fredericksburg & Spotsylvania National Military Park. Starting as an intern in 2011, Becky eventually became a permanent park ranger and webmaster. In addition to digital media, she managed on-site operations at Chatham, a plantation site that was used as a headquarters and field hospital during the Battle of Fredericksburg.

After a detail as a public affairs specialist with the NPS’s Northeast Region, Becky accepted a position as the chief of interpretation at Martin Van Buren National Historic Site in Kinderhook, NY. This site interprets the last twenty years of Van Buren’s life within the context of a nation in crisis in the two decades leading up to the Civil War.

Becky’s research focuses on Civil War memory and cultural heritage tourism, specifically the development of commemorative environments.  She also studies National Park Service history, and she is interested in the early development of national parks, the ranger mystique and its implications for an inclusive environment, and how people engage with nature and the “wilderness.”

A passionate advocate for public lands and nuanced historical interpretation, she seeks to increase relevance at NPS sites for all visitors. Her experience in the field has highlighted the importance of comprehensive and continuing training for staff, robust digital outreach, and exhibits and programming that encourage dialogue between visitors and practitioners.

Review: Gettysburg: The Quest for Meaning: Essays on How We Remember the Battle and Understand its Consequences edited by Gerald Christianson, Barbara Franco, and Leonard Hummel, The Public Historian, Vol. 38 No. 3, August 2016

“Appendix F: Building a Battlefield: The CCC in the Wilderness,” in Hell Itself: The Battle of the Wilderness, May 5-7, 1864 by Chris Mackowski (Savas Beatie, Spring 2016)

“Chapter 3: Work Relief with a Smile: Governmental and Cultural Responses to the Great Depression,” in Glass Blowing and Community Building; A History of Morgantown, West Virginia’s Sunnyside Neighborhood, 1890-2013

“Appendix D: The Chancellors of Chancellorsville,” in That Furious Struggle: Chancellorsville and the High Tide of the Confederacy by Chris Mackowski and Kristopher D. White (Savas Beatie, August 2014

“To think of the subject unmans me:” An Exploration of Grief and Soldiering through the Letters of Henry Livermore Abbott, Gettysburg Historical Journal: http://cupola.gettysburg.edu/student_scholarship/23/