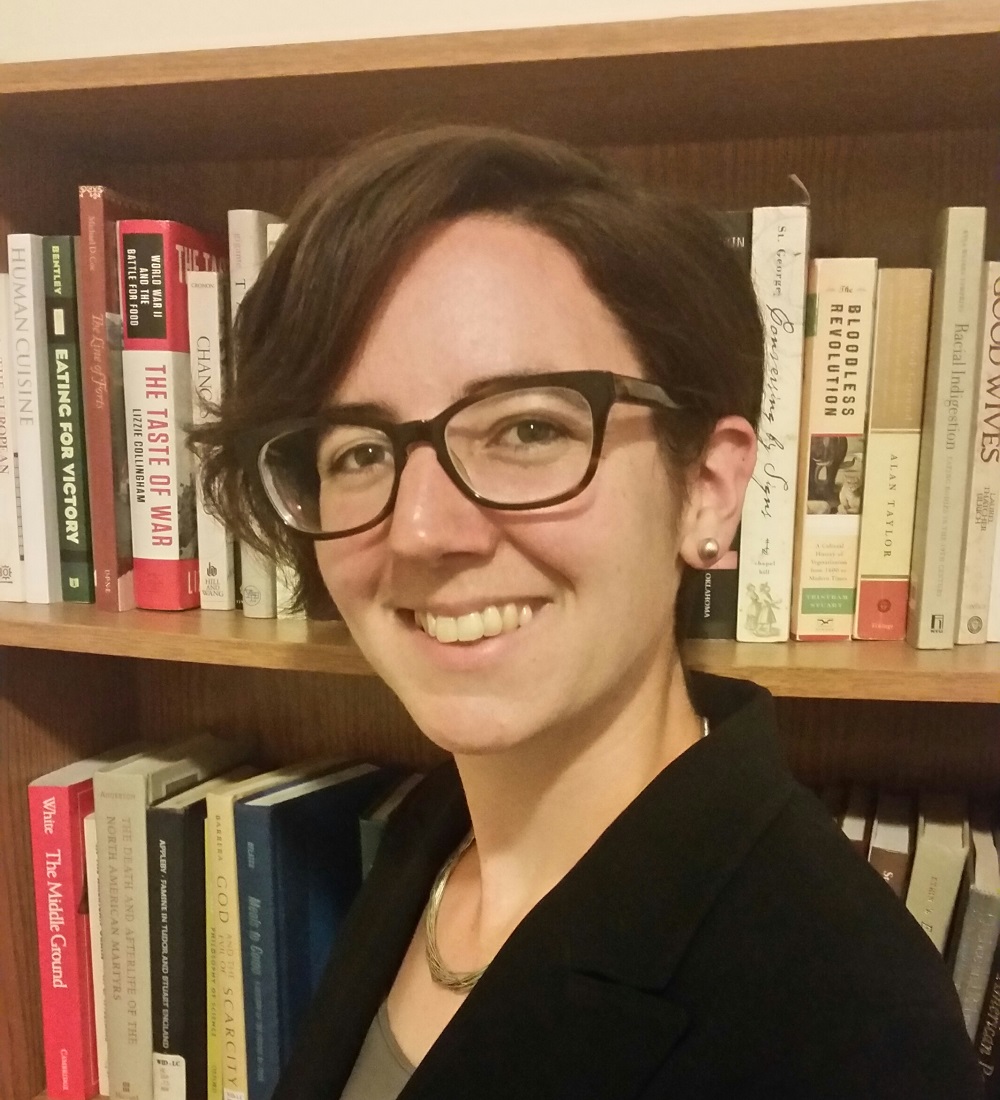 Carla Cevasco is a scholar of food, the body, material culture, gender, and race in early America. She is Assistant Professor of American Studies at Rutgers University. Her first book, Violent Appetites: Hunger in the Early Northeast (Yale University Press, 2022), explores how Indigenous peoples and colonial invaders confronted hunger in the seventeenth and eighteenth centuries. She is working on a second book about feeding infants and children in early America. She received a Ph.D. in American Studies and an A.M. in American History from Harvard University, and a B.A. in English and American Literatures from Middlebury College.  Her articles have appeared in Early American Studies, New England Quarterly, and Journal of Early American History. Her public scholarship has been featured in The Junto, Common-Place, Nursing Clio, and The Recipes Project. She is a former editor of the Graduate Journal of Food Studies.