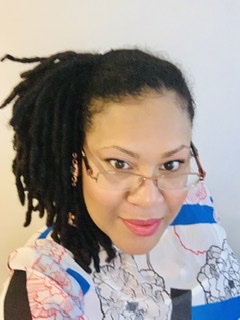 About Me
Dr. Vivian A. Laughlin holds a Ph.D. in Ancient Near Eastern Archaeology and Anthropology with a minor in Early Church History from Andrews University (Berrien Springs). She holds an M.A. in Theology from Catholic Theological Union, where her concentration in Intercultural Religious and Cross-Cultural Studies while minoring in Biblical Studies took her research abroad where she fell in love with archaeology. She obtained a B.A. in Business Management & Psychology from DePaul University and a paralegal certification from Southern Colorado University. She held a successful paralegal career for over sixteen years prior to moving into academia.
Throughout Dr. Laughlin’s doctoral program, she expanded her course load with ancient languages, classical, Roman, and architectural studies from the American Academy of Rome, Columbia University, and Yale University. Her research has awarded her unique ethnohistorical, ethnoarchaeological, and excavation opportunities in Australia, North Africa, Greece, Haiti, Israel, Jordan, Palestine, Italy (Naples, Rome, Sicily, Tivoli), and Turkey. Although her research on ancient religions east and west of the Mediterranean encompasses all archaeological time periods, she elucidates her research to the Hellenistic and Roman periods (330BC-500AD). In doing so, she has honed her interests of: ancient esoteric and polytheistic religions, ancient peoples, ethno-archaeology, ethno-history, historical archaeology, and ancient Greek & Roman architecture.

Dr. Laughlin’s research and publications are on Academia, ORCID, and Research Gate.