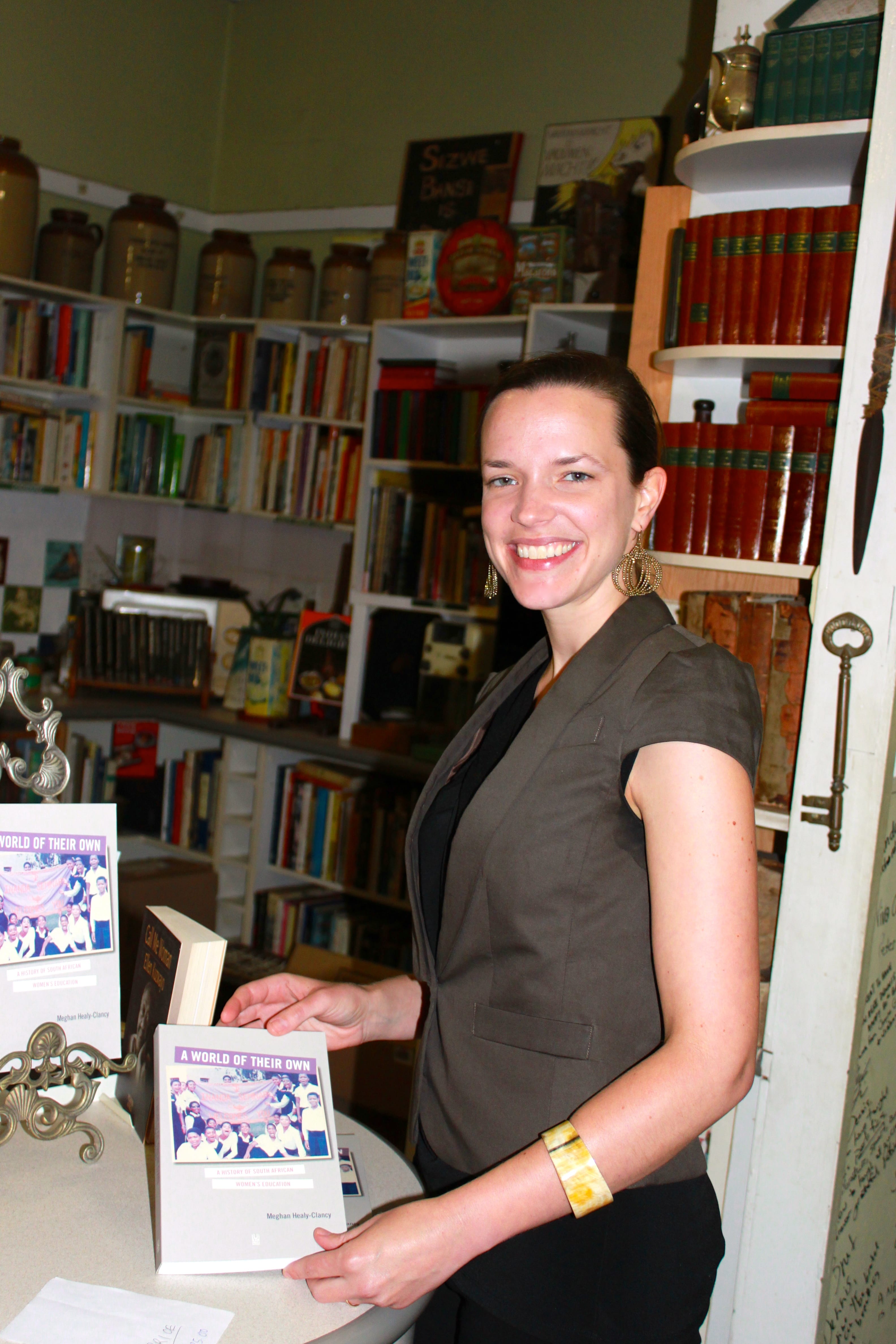 I am a social and cultural historian of modern southern Africa. My research centers on gender in South African public culture, with major publications on the history of education and women’s politics, and forthcoming work on cultural activism against apartheid.

My first book, A World of Their Own: A History of South African Women’s Education (2014), is the first history of African women’s education under colonialism, segregation, and apartheid. Through the lens of the Inanda Seminary– the oldest black girls’ high school in southern Africa, founded in 1869 outside of Durban– this study charts a distinctive gendered history of education and student politics, challenging an historiography that had long been focused on the experiences of African men.

Subsequent research has focused on women’s activism in African nationalist and anti-apartheid politics, again challenging an historiographic tradition of marginalizing women. I have been particularly interested in how women invoked familial discourses, such as public motherhood, which made their activism meaningful historically but also confusing to historians. My most significant publication from this line of research won the Stimpson Prize for Outstanding Feminist Scholarship from Signs: Journal of Women in Culture and Society in 2017. Previous work on similar themes has appeared in publications including African Studies Review (2014) and South African Historical Journal (2012).

Most recently, I have been examining the cultural front of the global anti-apartheid movement, in which women played central (but again, often historiographically underestimated) roles. An early article from this line of research is forthcoming in African Studies in 2019.

I am an Assistant Professor of History at Bridgewater State University in Bridgewater, Massachusetts, where I teach broadly in African and global history. I am enthusiastic about fostering original student research, particularly through a seminar on the anti-apartheid movement and my mentorship of honors theses. I also serve on the Program Coordinating Committee for the North Eastern Workshop on Southern Africa, and on the Editorial Board for the Journal of Natal and Zulu History.

A World of Their Own: A History of South African Women’s Education (Reconsiderations in Southern African History Series, University of Virginia Press, 2014; University of KwaZulu-Natal Press, 2013).

“The Family Politics of the Federation of South African Women: A History of Public Motherhood in Women’s Antiracist Activism,” Signs: Journal of Women in Culture and Society 42, no. 4 (Summer 2017): 843-866. Winner of the Catharine Stimpson Prize for Outstanding Feminist Scholarship.

“Women and the Problem of Family in Early African Nationalist History and Historiography” (2012), reprinted in The ANC and the Liberation Struggle in South Africa: Essential Writings, ed. Thula Simpson (Routledge, 2017), 33-54.