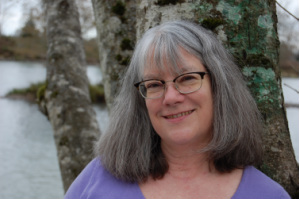 I am an environmental historian with a focus on the U.S. West and Native Americans. I hold B.A. degrees in history and anthropology from Arizona State University, an M.A. from the University of Oklahoma, and a PhD from the University of Wisconsin-Madison. I teach at the University of Oregon, where I am the Julie and Rocky Dixon Chair of U.S. Western History, an Associate Professor of History and Environmental Studies, and the co-director of the Center for Environmental Futures. My courses at UO focus on environmental history, the U.S. West, the American West in Popular Culture, and the craft of writing history. Previously, I taught at New Mexico State University, where I also taught historic preservation and borderlands history. Before that, I was a public historian, focusing on historic preservation and local history.

I wrote Dreaming of Sheep in Navajo Country (University of Washington Press, 2009), which won four book prizes including the Carol and Norris Hundley Book Award from the Pacific Coast Branch-American Historical Association and the Hal Rothman Book Award from the Western History Association. I am also the author of Land of Plenty: Oklahomans in the Cotton Fields of Arizona, 1933-1942 (University of Oklahoma Press, 1995). which won the Angie Debo Prize from the University of Oklahoma Press. I am the principal author of Buildings of Wisconsin (University of Virginia Press, 2016). Additionally I have written about gender and Native Americans in environmental history, uranium mining on the Navajo Reservation, the reintroduction of the Mexican gray wolf in the Southwest, and Earth Art.

My current research focuses on western rivers, with a book in progress about the ways that men and women narrated their adventures on the Green and Colorado Rivers. A second, co-authored book project, with Stephanie LeMenager, examines how Oregonians really feel about its public lands, based on oral histories in areas of conflict and collaboration across the state. Additionally, I’m conducting research for two books, one on the counterculture and environmentalism, the other on slavery in my family’s past.