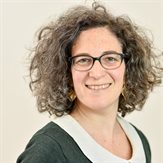 Dr Aviva Guttmann is a Visiting Researcher in Intelligence Studies at King’s College London and a Marie Curie fellow with the Centre for War Studies at Southern Denmark University.

Her research is about the role of intelligence in international relations, differences between formal and informal security cooperation, counterterrorism intelligence-sharing, and covert actions by foreign powers on European soil. She works across the fields of intelligence, history, security, and IR.

Before joining KCL, she held a postdoctoral position at the Johns Hopkins University, Paul H. Nitze School for Advanced International Studies in Bologna (SAIS Europe). Her research has been supported by numerous grants and awards, which includes a PhD excellence award and prestigious pre- and postdoctoral research fellowships from the European Research Council and the Swiss National Sciences Foundation.

She was awarded a Ph.D. in contemporary history by the University of Bern (Switzerland). In the last year of her doctoral studies she held a visiting fellowship at the Centre for the Study of Terrorism and Political Violence (CSTPV) at the University of St. Andrews (Scotland). She did a MA in International Studies at the Graduate Institute of International and Development Studies in Geneva, with exchange years at Sciences Po in Paris and the London School of Economics and Political Sciences (LSE). She received her BA in history and philosophy at the University of Basel.

Besides her academic curriculum, she has three years of professional experience in Security Sector Reform. She worked for the Swiss Embassy in Nigeria and the Geneva Centre for the Democratic Control of Armed Forces (DCAF), where she managed projects on police cooperation in the Western Balkans.

Prominent role in the media debate about the so called “Crypto-Leaks” – how the CIA read the encrypted communications of allies and adversaries using a Swiss company. Aviva explained the foreign political context of this global espionage coup and gave interviews in Swiss TV, radio, and press.

2016. Prominent role in the media debate about a “Secret Swiss-Palestinian Deal.” She authored an article in the Tagesanzeiger on 8 February 2016 and gave radio interviews.