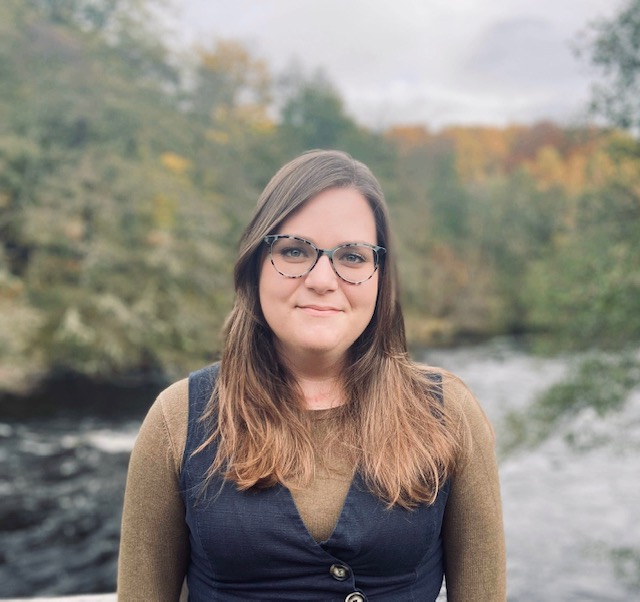 Krysten Blackstone, a native of Northern Maine, is a doctoral student at the University of Edinburgh, where she also completed her MA in History (undergraduate) and MSc in American History.  Her research looks at the morale of enlisted soldiers in the Continental Army during the Revolutionary War, 1775-1783. She is an expert on personal narratives of soldiers during the war, and all the monotony, hardship and complaints about the weather that implies. Although an institutional concern about morale from the top down is credited to 20th century armies, troop morale as a concept is a product of 18th century military theory. The Continental Army, as an army specifically created for the Revolutionary War, was able to integrate a concerns over morale from its inception, in a way other 18th century armies could not.  Using morale as a lens to examine enlisted soldiers accounts of the war, allows for a rigorous examination of soldiers experience of the Revolution.

In the spare time she pretends she has, Krysten is also the Social Media Secretary for the Scottish Association for the Study of America (@ScotAmStudies) and an advisory member of the blog Pubs and Publications: The PhD Experience (@pubsandpubs).

‘It is Yet Too Soon to Write the History of the Revolution: Fashioning the Memory of Thomas Paine’, in In Authentic America: Heritage, Identity, Performance and Commemoration in the United States, (London, Routledge, 2019).

Pubs and Publications: Over the past 5 years, I have written a number of blog posts about the PhD Experience. They can be found here: http://www.blogs.hss.ed.ac.uk/pubs-and-publications/?s=krysten+blackstone