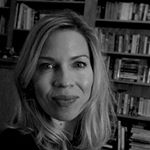 Tanya Stabler Miller (Ph.D., University of California, Santa Barbara, 2007) is an Assistant Professor of History and Undergraduate Program Director at Loyola University Chicago where she teaches courses on the social, cultural, and religious history of medieval Europe.  She previously taught at Purdue University Calumet.

Miller’s research focuses on lay religion, gender, and urban culture, with special emphasis on northern France. She is the author of The Beguines of Medieval Paris: Gender, Patronage, and Spiritual Authority (University of Pennsylvania Press, 2014), which explores the intersections between gender, spirituality, political power, and urban life in medieval Paris. Using beguines (lay religious women who took no permanent vows) as a focal point, this book explores the impact of women (whether real or imagined) on the construction of medieval clerical identity; uncovers the gendered, subjective valuation of women’s voices and activities; and examines the ways in which local networks, in conjunction with the values and legal structures of urban society, shaped women’s lives in the Middle Ages. Miller has also published essays on lay religion and heresy; medieval universities and masculinity; and medieval conceptions of gender.

Miller’s research has been supported by a Mellon Post-Doctoral Fellowship at the Medieval Institute at University of Notre Dame (2011-12) and an American Council of Learned Societies Fellowship (2015-16). She is currently working on a new book project tentatively titled “Men, Women, and Religious Networks in Medieval France.” This project aims to uncover a significant spiritual and intellectual network that included the two seemingly disparate, gendered worlds of the exclusively male university and the female religious community.