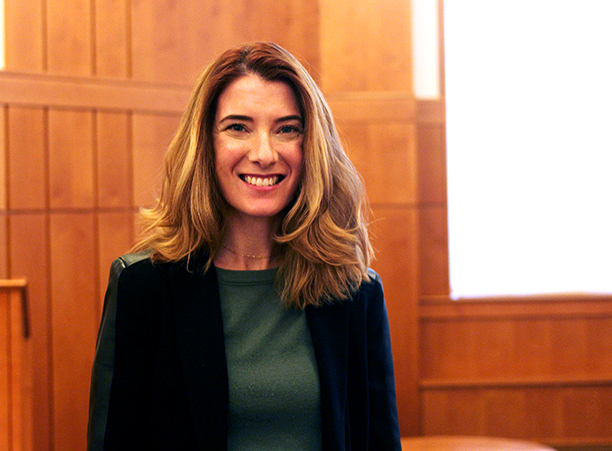 Anne M. Blaschke, an Associate Lecturer in the American Studies Department at the University of Massachusetts Boston and a lecturer in the Consortium for Graduate Studies in Gender, Culture, Women and Sexuality at M.I.T., is a historian of modern American political culture. She researches and teaches the history of race, gender, diplomacy, capitalism, and sport in American politics. Blaschke is currently completing her first book, “Foxes, Not Oxes: Women’s Athletics in American Political Culture.” Her book tells the story of Black female college students who created an elite women’s track and field network between 1888 and 1988, arguing that in the increasingly politicized venue of sport, women athletes of color presented themselves as highly feminine political actors who shaped a diverse, gender-conscious network of political and diplomatic influence. After the passage of Title IX, furthermore, women athletes across race advocated for fair pay in an increasingly neoliberal market. Blaschke is also working on a new book, “The Children of Title IX,” which traces the landmark 1972 law’s far-reaching impact into the 2000s. A disabled athlete, Blaschke has written and spoken widely on the historical context of Title IX and the #MeToo Movement. She writes publicly for the Washington Post and other outlets.

“The Kavanaugh allegations show what we have — and haven’t — learned from Anita Hill,” Washington Post, September 18, 2018

“Trump Snubbed the Warriors. But the Warriors will Come Out on Top.” Washington Post, July 7, 2017