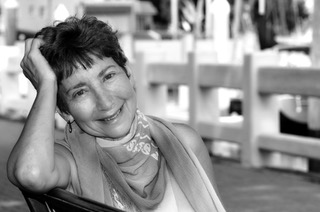 Jane Plitt ran a thriving business consulting practice until she became enthralled with the Martha Matilda Harper story.  In 1996, she was appointed a Visiting Scholar to the University of Rochester to pursue her research; the result was a book entitled Martha Matilda Harper and the American Dream: How One Woman Changed the Face of Modern Business.  It was released May 2000 by Syracuse University Press. As a result of Plitt’s efforts, Harper was inducted into the National Women’s Hall of Fame along with the American Business Hall of Fame.  In 2017, Plitt released a young children’s book entitled, Martha’s Magical Hair published by Jade Publishing.  In 2018, Plitt co-wrote a young adult version of the Harper story, Martha the Hairpreneur, with Sally Valentine. In 2019, a paperback version of the Harper biography was released.  Further details at www.marthamatildaharper.org

Plitt’s writings have appeared in many publications including the Chicago Sun Times, Wall Street Journal, and one was the cover story of Franchising World.  She has written columns for the Bradenton Herald and the Sarasota Herald, along with the History News Network, Sept. 2019) Rochester Beacon (June 2019).   In 1989, Plitt authored the chapter “It’s Harder for Women” in STARTUP.    For many years, she was a business columnist in the Rochester Democrat & Chronicle.

A 1969 graduate of Cornell University’s School of Industrial & Labor Relations, Plitt was directly hired as Rochester Telephone’s staff assistant in labor relations and was the company’s first female management trainee.   Promoted to several managerial positions, Plitt left in 1973 to become the Executive Director of the National Organization for Women.  Thereafter, she joined the consulting firm of Cresap, McCormick and Paget before returning to Rochester, New York.  In 1979, she founded JP ASSOCIATES, a business  consulting firm.  Ms. Plitt also worked as a labor arbitrator.

In Florida, Plitt has served on Realize Bradenton’s board, headed its strategic plan for downtown,  served as Vice President of the Manatee Chapter of the League of Women Voters as well as President of the Manatee County Library Foundation. Under Plitt’s leadership, the Library Foundation generated over $400,000 to serve the county library system and funded a two-year literacy outreach program.   She recruited Stephen King and John Grisham as keynote speakers!  Plitt is recognized in Who’s Who in the United States and the World.   In 2018, she was recognized with her husband for the Spirit of Manatee Leadership award given by the Manatee Community Foundation and was recognized for being a Women of Achievement by the AAUW – Bradenton Chapter.   In 2017, she received the Marquis Lifetime Achievement Award, along with many other accolades throughout her life.

Martha Matilda Harper and the American Dream:  How One woman Changed the Face of Modern Business