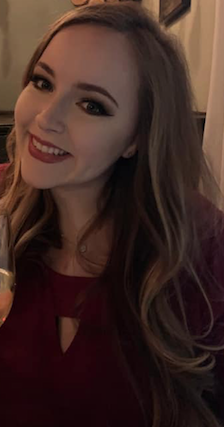 Jennifer E. Ruch is currently a PhD Candidate in the public history program at Middle Tennessee State University. She earned a B.A. and M.A. from the History and Public History programs at Texas State University in San Marcos, Texas. She specializes in 20th century American cultural history with an emphasis on museums, material culture, and American popular music & culture. Her master’s thesis, titled “Far Out in Texas: Countercultural Sound and the Construction of Cultural Heritage in the Capital City” focuses on the music subcultures that developed in Austin during the late 1960s through the mid 1970s.

Jennifer’s dissertation will follow the story of a regional blending of punk and American roots music during the early 1980s in the south, southwestern, and western regions of the United States. This analysis will dissect the ways in which regional music scenes embody aesthetics and iconography representative of southern, western, country, and, ultimately, subaltern musical identities.

She currently serves as a graduate research assistant to MTSU’s Center for Historic Preservation and also works at the Grand Ole Opry as an Opry Ambassador. She teaches undergraduate surveys of American history at MTSU. In addition to working as a graduate instructional assistant throughout grad school, she has previously worked with a number of cultural institutions throughout Central Texas such as the Lyndon B. Johnson Presidential Library & Museum, KUT Radio, the Heritage Society of New Braunfels, and the Bob Bullock Texas State History Museum.

“Far Out in Texas: Countercultural Sound and the Construction of Cultural Heritage in the Capital City,” Journal of Texas Music History, Fall 2018

Review of Listening to Rosita: The Business of Tejana Music and Culture, 1930-1955, by Mary Ann Villarreal, Southwestern American Literature, Fall 2016.