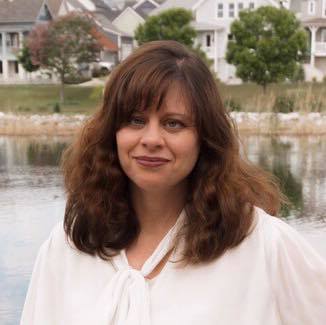 April Young Bennett is the author of the Ask a Suffragist book series, covering what modern activists can learn from the women and men of the first wave feminist movement.

The first book in the series, Ask a Suffragist: Stories and Wisdom from America’s First Feminists, describes events that transpired during the 1830s through the 1860s, when the idea of equality for women was new and its supporters were vilified. It discusses first wave feminism, including struggles toward abolition of slavery, racial justice, temperance, expansion of educational and professional opportunities for women, the advancement of feminist theology in churches and dress reform (the right to wear pants or bloomers instead of those exasperating dresses and petticoats). For example, the book highlights the work of Harriot Hunt and Elizabeth Blackwell to open the field of medicine to women, Antoinette Brown’s journey to become the first woman ordained as a Protestant minister, and how Sarah and Angelina Grimké defied their slave-holding background to become abolitionists.

April Young Bennett began studying the lives of suffragists to inform her own activism. She has campaigned for better state and federal laws that affect children and families; addressing the wage gap, healthcare, education and juvenile justice; and for gender equity within her modern-day patriarchal religious community. As an organizer for the activist organization Ordain Women, she led hundreds of women and men in marches and demonstrations that attracted national attention.

April helps feminists of different faiths share ideas and collaborate toward common goals at the Religious Feminism Podcast. She blogs about Mormon feminism at Exponent II, an organization that began during the second wave feminist movement, that is named after a nineteenth century Mormon suffragist newspaper.

Ask a Suffragist: Stories and Wisdom from America’s First Feminists