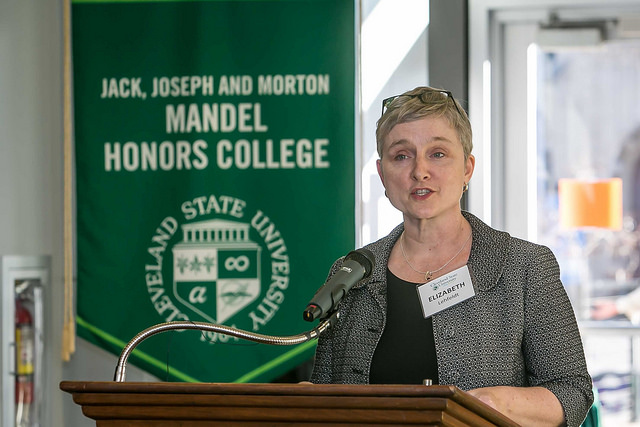 Now in my twenty-sixth year at Cleveland State University, I am the founding Dean of the Jack, Joseph & Morton Mandel Honors College, Mandel Professor in Humanities, and Professor of History.

I am a historian of late medieval and early modern convents and nuns (1400-1700).  I have given invited presentations at the University of York and the Attending to Early Modern Women conference.  My work has been supported by the National Endowment for the Humanities and the American Historical Association.

As a historian with an active research agenda, I am particularly committed to the vital role of the humanities in higher ed.

I blog about issues in higher ed administration and teaching at Tales Told Out of School and write regularly for Inside Higher Ed.

“Baby Jesus in a Box: Commerce and Enclosure in an Early Modern Convent,” in Mapping Gendered Routes and Spaces in the Early Modern World, ed. Merry Wiesner-Hanks (Ashgate, 2015): 203-211.