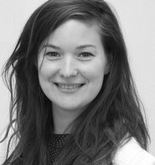 My forthcoming book, “The Sand Rush: An Environmental History of Los Angeles’s Beaches,” traces the transformation of Los Angeles’s beaches in the twentieth century from relatively untouched natural spaces into artificial playgrounds for the wealthy. More specifically, the project sheds light on how a Los Angeles-based “beach lobby” made up of businessmen, city officials and engineers combined planning, policing and environmental strategies to prevent a “white flight” from the coast, thereby destroying the traditional leisure spaces of African-American, working-class, and gay Angelenos. By fully integrating environmental and social history the manuscript not only uncovers how L.A.’s beaches were quite literally constructed but also how this major engineering project affected the lives of ordinary city-dwellers and their relationship to nature.

“Urban Renewal by the Sea: Reinventing the Beach for the Suburban Age in Postwar Los Angeles,” The Journal of Urban History, Published Online First on March 29, 2018.