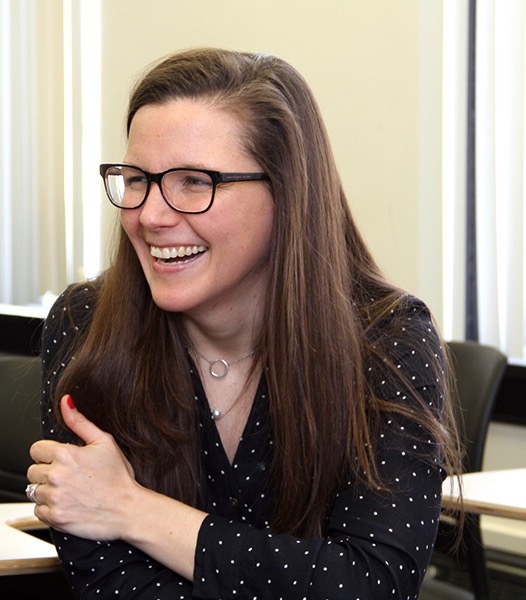 Karen Dunak, Ph.D., a historian of modern American life and culture, is currently writing a book about media responses to and representations of Jacqueline Kennedy Onassis.  She is the author of As Long As We Both Shall Love: The White Wedding in Postwar America (New York University Press, 2013) and a contributing author to Of The People: A History of the United States (Oxford University Press, Fourth Edition, 2018). In addition to edited collections and scholarly journals such as Gender & History, The Journal of Popular Culture, The OAH Magazine of History, and The Sixties: A Journal of History, Politics and Culture, her work has appeared in Public Books, Salon, and The Washington Post.

She is an Associate Professor and Chair of the Department of History at Muskingum University in New Concord, Ohio where she teaches the US history survey, a survey of American women’s history, and a variety of topics courses on Modern US history (1950s America, 1960s & American film, Youth in Modern America, for example) and serves as co-advisor to the American Studies and Gender Studies programs.

Dunak holds a BA from American University and an MA and Ph.D. from Indiana University.

With Shannon Smith, “‘We Made the Best Out of a Situation That Was Bad’:  School Closings in Modern American Education,” The American Historian, Dec. 2020.

As Long as We Both Shall Love: The White Wedding in Postwar America (New York University Press, August 2013).

“‘Heed your creed, fall in love and get married’: New Left Ideology and Romantic Relationships,” Journal of American Culture (March 2013), 25-31.