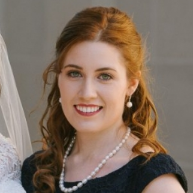 I am an independent researcher of Modern Ireland. I hold an Honors BA in English and a BA in History from The Pennsylvania State University and an MA in History from The College of William & Mary. I also completed an International Studies program at The National University of Ireland, Galway, in 2015, where I focused my research in Irish Studies.

Currently, I work as an editorial assistant for The Omohundro Institute of Early American History & Culture. There, I hold the position of Social Media Editor for both Commonplace and Women Also Know History. I work independently under a pseudonym to research and write novels that exist within a cultural and/or historical framework.

My MA thesis consists of two papers, in which I explore concepts of
discourse, meaning, and rhetoric in different historical arenas and time periods with a particular focus on meaning production in times of crisis.

The first, “‘These Graves and Ruinous Houses’: The Role of Domestic Items and Spaces in Revolutionary Ireland,” explores the ways in which domestic items and spaces were perceived and subsequently used as tools of rebellion in a particular historical arena. I argue that through the use of domestic items and places for political purposes (and vice versa), both male and female revolutionaries and citizens witnessed a blending of societal roles.