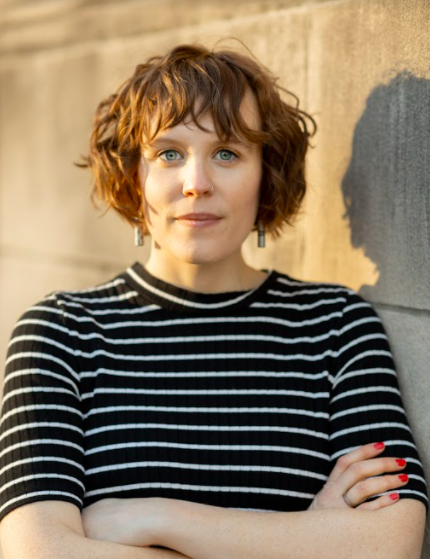 I am a scholar of American Studies, working at the intersection of material & visual culture and women’s & gender history. My work examines core themes of the developing women’s movement in the United States from 1820 to 1920—the abolition of slavery, women’s property ownership, education, political identity, motherhood, and the franchise—through the lens of decorative needlework. I read the stitch as a key medium through which women visually and materially articulated their relationship to these concerns.

Bringing a particular attention to the racialized construction of idealized femininity, I focus on the intimate entanglements between white supremacy, colonialism, nativism, and white women’s work to materialize their own authority through textiles. I also probe the needlework strategies employed by Black and indigenous women who both encountered decorative needlework as a coerced form, but also worked to claim public visibility, remembrance, respectability, and remuneration with their stitches, challenging the whiteness of idealized femininity. My research recaptures the significant contributions that needleworkers made to women’s cultural and political activism and reconsiders gender itself as a crafted form, materially produced in the repetition of the stitch.