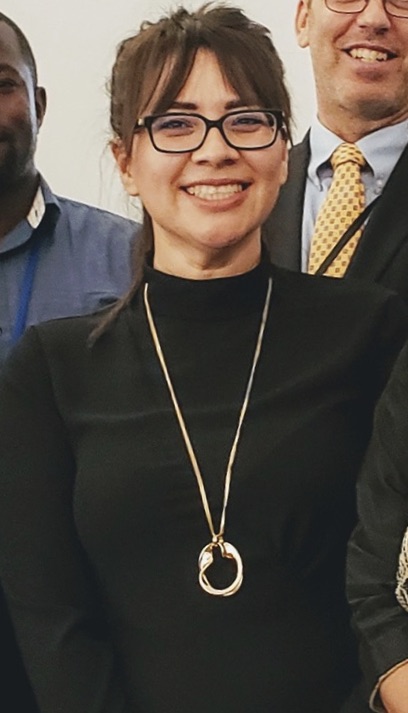 Diana J. Montaño’s teaching and research interests broadly include the construction of modern Latin American societies with a focus on technology and its relationship to nationalism, everyday life and domesticity.

Her first book Electrifying Mexico: Technology and the Transformation of a Modern City examines how ordinary citizens (businessmen, salespersons, inventors, doctors, housewives, maids and domestic advisors) used electricity, both symbolically and physically, in the construction of a modern nation. The book weaves together how these “electrifying agents” first crafted a discourse for an electrified future and secondly, how they shaped its consumption. It shows how these agents of modernity promoted and created both imaginary and tangible notions of this technology. Taking a user-based perspective, this study reconstructs how electricity was lived, consumed, rejected, and shaped in everyday life.

Her articles on the intersection of humor and class in streetcar accidents were published by History of Technologyand Technology’s Stories respectively. Her article “Ladrones de Luz: Policing Electricity in Mexico City, 1901-1918” on power theft appeared last February in the Hispanic American Historical Review. She is co-editor of the University of Nebraska Press’ book series Confluencias on Mexican history. She also serves as convener for the Working Group: History of Science, Technology & Culture in Latin America. (https://www.chstm.org/latin-america)

Prof. Montaño is currently a fellow at the Linda Hall Library where she is researching for her second book project, (Dis)Placing Necaxa: Power Networks and Erased Histories in Mexico (1890s-1914), which will explore the transnational networks of capital, expertise, and machinery that contributed to the creation of the Necaxa hydroelectric complex in southern Mexico. This project seeks to rescue the histories of towns, indigenous workers, and water bodies that were displaced—both by force and voluntarily—during its construction. It will also trace how certain everyday native technologies were incorporated in the construction of the Necaxa complex but have remained uncredited.

Her collaborative project “Urban Palisades: Technology in the Making of Santa Fe, Mexico City,” which interrogates the role of technologies in cementing socioeconomic segregation in contemporary Mexico City was recently launched as part of the Center for the Humanities’ Divided City Initiative.

She is also coordinating an edited volume on aesthetics of technology in Latin America with Assoc. Prof. Yovanna Pineda (University of Central Florida) and Assistant Professor Sonia Robles (University of Delaware). The volume focuses on Latin American technological aesthetics and design through an in-depth exploration of state modernization projects for the urban and rural environments and individual users who reimagined or reconfigured the aesthetics of technological devices as these were domesticated in their context of use. Expanding the concept of sociotechnical imaginaries scholars in the volume (1) explore how these imaginaries are/were informed and are informed by the politics of design and aesthetics (2) underline the way these imaginaries are not only textual but visual and aural, (3) and, how users altered and reinvented the aesthetics/design of technological devices to meet their cultural and personal values, needs and desires.

Electrifying Mexico: Technology and Transformation of a Modern City.