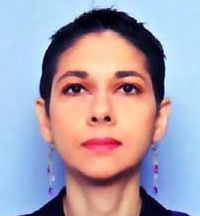 I am an historian of medicine in the Western world

After completing a Master’s degree in Philosophy and Literature at the University of Milan, I obtained a doctoral degree in Modern History at Paris 1-Panthéon-Sorbonne University (1st-grade honors). During my Ph.D. I worked on the history of political ideas in modern Europe. I broadened these questions during my postdoc at Paris 4-University, where I began studying the history of the scientific elites and the circulation of knowledge in the Western world in the 19th and 20th centuries.

In 2016, I began a project on the history of medical specialisation in modern Europe as a post-doctoral fellow at the Centre de Recherche d’Histoire du XIXe Siècle (Paris 1-University) and the Institut d’Histoire de la Médecine and Paris-Descartes University. This new research focuses particularly on the history of ophthalmology,