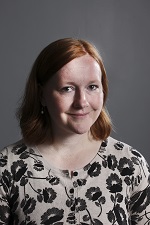 I am a Vice-Chancellor’s Fellow at the University of Sheffield. My current research focuses on the role of classical scholarship, imagery, architecture and ideas in the emergence of modern science as a coherent body of knowledge in the late eighteenth and first half of the nineteenth centuries. A monograph, provisionally entitled The Classical Origins of Modern Science in Britain, is under contract with Oxford University Press.

I am also working on two other longer-term projects. The first is focused on reconstructing the historical knowledge-making networks of Britain’s literary and philosophical societies between 1781 and 1850.

The second, developed with colleagues at King’s College London, will explore the mobilities and experiences of students from Britain who travelled to study at European universities between 1688 and 2016.

Most recently – in 2017- I published my second monograph, Masculinity and Science in Britain, 1831-1918, with Palgrave Macmillan as part of their Genders and Sexualities in History series. It was longlisted for the 2018 Pickstone Prize for the best academic book in the history of science.

My first monograph – Generational Conflict and University Reform: Oxford in the Age of Revolution – was based on my doctoral research at the University of Oxford and appeared with Brill in 2012. It was jointly awarded the 2014 Kevin Brehony Prize for the best first book in the history of education.