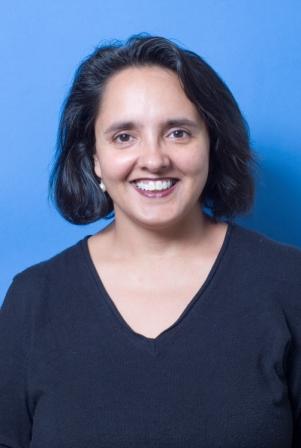 I am an art historian with particular research interests in sexuality, race, gender, women artists, photography, modernism, contemporary art, transnationalism and globalisation. Outside the University I also regularly collaborate on research, teaching and curating with museums and galleries.

I am research lead for the Transnational Modernisms Research Cluster, a Faculty wide research group that regularly hosts conferences, workshops, events and seminars on a variety of related topics, including the major international conference Framing the Critical Decade: After the Black Arts Movement, generously supported by BIRTHA and the Alumni Foundation. I am also General Series Editor for the cluster’s associated Peter Lang book series Transnational Cultures. In spring 2015 I was a visiting fellow at the Pratt Institute, New York. I am also founder member and inaugural Director of the Centre for Black Humanities, an interdisciplinary Faculty research centre established in 2017 and dedicated to researching the histories, art and thought of people of African descent.

I am Editor of Art History, a world-leading journal published by Wiley Blackwell for the Association of Art Historians.

I am currently working on several exhibition projects with external partners. In May 2018 I co-curated, with Chantal Joffe and Michael Simpson, a major exhibition of Chantal’s work in dialogue with Paula Modersohn-Becker, Personal Feeling is the Main Thing at The Lowry, Salford. I am also co-curating several other exhibitions including In Plain Sight: Art in Britain since 1945 and Women, Collage and Pop with Sue Tate, both for the Royal West of England Academy, Bristol.

Recent impact from my research on gender and German modernism is evidenced by the award of a contract with Leicestershire City Council and Museums to co-produce a series of expert reports on the German Expressionist holdings of New Walk Museum and Art Gallery. You can watch a film about that research here.

I am a member of the Academic and Exhibitions Advisory Board of the Royal West of England Academy, a Trustee of Spike Island, a Fellow of the Royal Society of Arts, a member of the AHRC Peer Review College and a reviewer for the American Academy in Berlin. I have held research grants from the Leverhulme Trust, the British Academy, a collaborative doctoral award from the AHRC for a doctoral student to conduct research in collaboration with the National Portrait Gallery, London and most recently a Tate British Art network award for ‘Black British Art.’

I am currently working on several new publications including two new monographs, New Women, New Vision: Icons of Modernity in Weimar Germany for Reaktion Books and Käthe Kollwitz Between Symbolism and Expressionism, as well as several edited collections including German Expressionism: Der Blaue Reiter and its Legacies (Manchester University Press), Framing the Critical Decade: After the Black Arts Movement, Weimar’s Others: Art History and Visual Culture in Germany after 1918 (Special Issue of Art History, April 2018) and with Sonia Boyce MBE Black Artists and Modernism: Three Moments (Special Issue of Art History 2020). I have also published numerous articles in the fields of Black, Asian and Diasporic art in Britain, German Expressionism and Weimar culture.