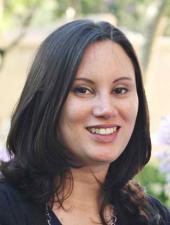 I am an assistant professor of early American history. I am currently working on a book project, Founding Georgia: Labor, Migration, and Utopianism in an American Borderland, which investigates settlement and discord during the Trustee period in colonial Georgia.

My first book, The Temptations of Trade: Britain, Spain, and the Struggle for Empire, explores the close, sometimes surprisingly cooperative relationships between agents of the British and Spanish empires through the slave trade in the early eighteenth-century Caribbean was published by the University of Pennsylvania Press in the Spring of 2016.

My research interests include contact among peoples in the early modern Atlantic world, the history of race and gender in early European colonies, and the history of beliefs about witchcraft in early America. I have held fellowships through the John Carter Brown Library, the Charles Warren Center for Studies in Early American History, and the USC-Huntington Early Modern Studies Institute.

“Trade and Organization in the Colonial Caribbean.” History Compass (16:7) July 2018.

The Temptations of Trade: Britain, Spain, and the Struggle for Empire. Philadelphia: University of Pennsylvania Press, 2016.