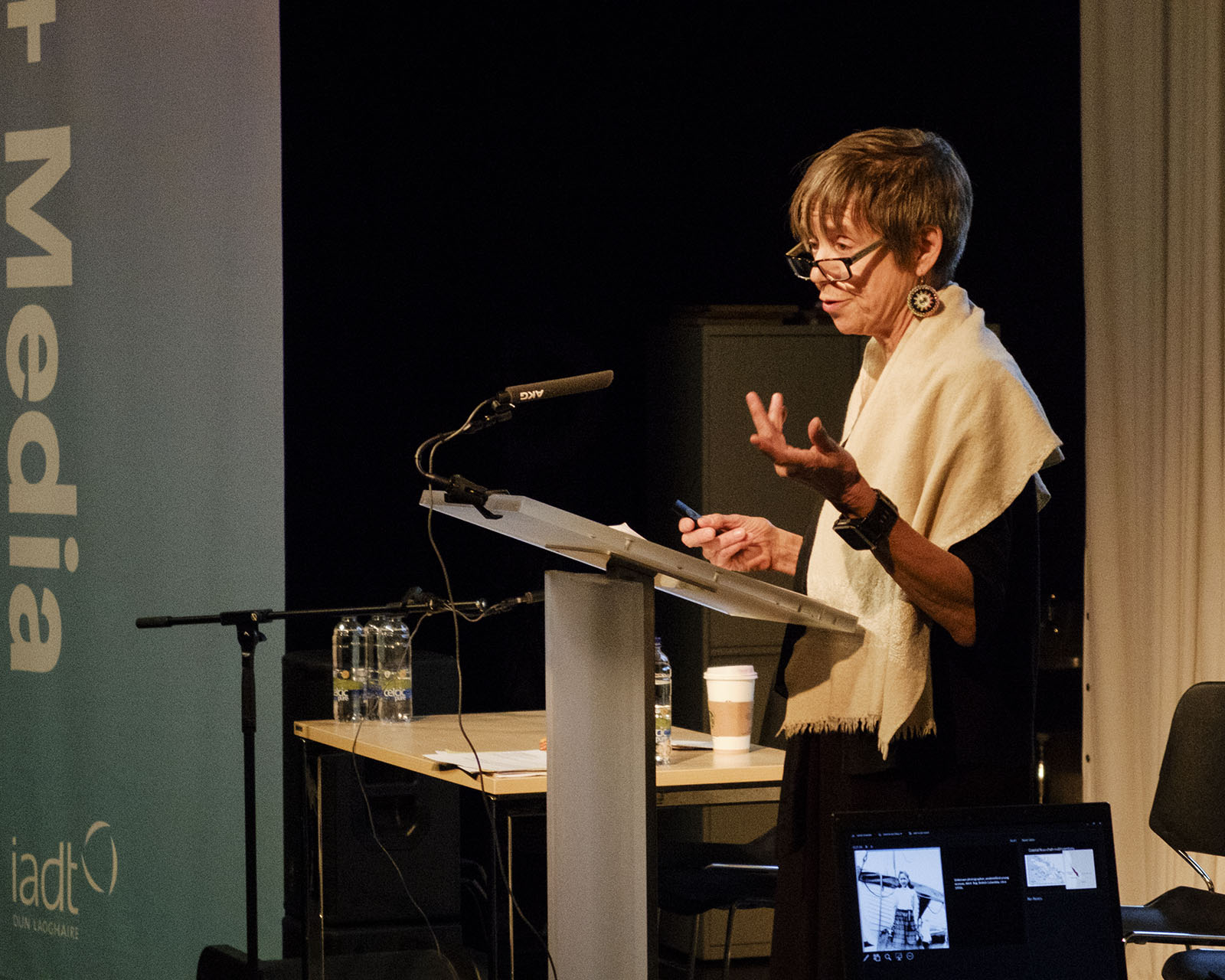 Carol Williams is Professor of Women and Gender Studies and current Executive Director of the Centre for Oral History and Tradition (COHT) at the University of Lethbridge, in Treaty 7 Territory, Alberta, Canada.  She holds a PhD in American and Women’s History from Rutgers, New Jersey. Teaching specialties include reproductive justice and histories; North American women’s history; and critical histories of photography; the latter exemplified by a chapter “Residential School Photographs: The Visual Rhetoric of Indigenous Removal and Containment” in Photography and Migration ed. Tanya Sheehan (2018).

Between 2015 to 2018, Williams was an international consultant and contributor on an initiative headed by University of Bergen scholars Dr. Sigrid Lien and Hilde Nielssen  Negotiating History: Photography in Sami Culture and the Indigenous Photographic Studies project funded by the Norwegian Research Council.

She has published extensively on contemporary art by women in North America including, “An Historical Overview of Feminist Cultural Practice in Vancouver 1970-1990,” for The Vancouver Anthology  and on the work of contemporary photography based conceptual artists Jin Me Yoon and Marian Penner Bancroft in “Nation, identity, periphery, and modernity: synthesizing Canada’s photographic history” for  Image, Index and Inscription: Essays on Contemporary Canadian Photography.

Williams is also actively publishing on reproductive  politics and clashes with conservative views in Southern Alberta, for example in  “Campus Campaigns against Reproductive Autonomy: The Canadian Centre for Bioethical Reform and the Use of Visual Spectacle as Propaganda for Fetal Rights.”  http://activehistory.ca/papers/paper-18/

2014                “Campus Campaigns against Reproductive Autonomy: The Canadian Centre for bioethical Reform and the Use of Visual Spectacle as Propaganda for Fetal Rights,” ActiveHistory.ca (December 2014) http://activehistory.ca/papers/paper-18/

2007                 “‘She Was the Means of Leading into the Light’: Photographic Portraits of Tsimshian Methodist Converts,” In the Days of Our Grandmothers: A Reader in Aboriginal Women’s History in Canada Eds. Mary Ellen Kelm and Lorna Townsend (University of Toronto Press, 2006):117-146.