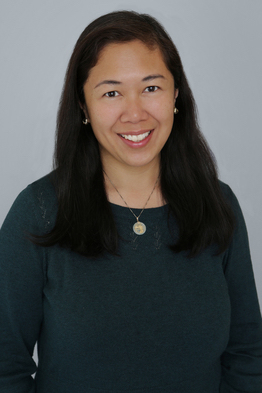 Catherine Ceniza Choy is the author of the award-winning book Empire of Care: Nursing and Migration in Filipino American History (Duke University Press, 2003), which explored how and why the Philippines became the world’s leading exporter of nurses to the United States. Her second book, Global Families: A History of Asian International Adoption in America, was published by NYU Press in October 2013. Catherine is the co-editor of the Brill book series Gendering the Trans-Pacific World: Diaspora, Empire, and Race.

Prior to coming to Berkeley, she was an assistant professor of American Studies at the University of Minnesota, Twin Cities. Catherine received her Ph.D. in History from UCLA and her B.A. in History from Pomona College. The daughter of Filipino immigrants, she was born and raised in New York City and is a graduate of Stuyvesant High School. She lives in Berkeley with her husband and their two children.

Catherine Ceniza Choy, “Why Are There So Many Filipino Nurses In California?”, Zócalo Public Square, September 20, 2019.

Media Coverage
Berkeley News Fiat Vox Podcast, "Why are there so many Filipino nurses in the U.S.?," May 28, 2019; Korea and the World Podcast, "History of American Adoption of Korean Children," Oct. 14, 2016