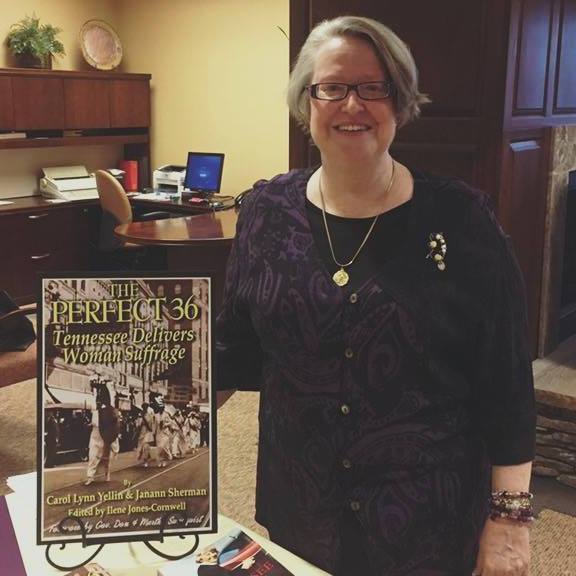 Paula F. Casey is a dynamic speaker on voting rights, particularly the 72-year struggle for women to be included in the U.S. Constitution. She has published a book, The Perfect 36: Tennessee Delivers Woman Suffrage, that’s also available as an e-book (Kindle, Apple and Nook) and audiobook (www.theperfect36.com). She produced a 12:40 DVD, “Generations: American Women Win the Vote,” that covers the 72-year struggle for American women to win the right to vote culminating with victory in Tennessee.

Paula has spoken extensively around the country at conferences, universities, colleges, and junior colleges. In her presentations, she highlights the dearth of statuary honoring women. Videos are on her website – www.paulacasey.com – and on YouTube –

She served as president of Tennessee Woman Suffrage Monument, Inc., and was primarily responsible for the fund-raising for the monument that was unveiled on Aug. 26, 2016, in Nashville’s Centennial Park. She served as fiscal agent for Jackson’s statue of Sue Shelton White, the only Tennessee woman jailed fighting for suffrage which was unveiled on May 25, 2017, in front of Jackson’s City Hall. She chairs the Memphis Suffrage Monument committee which plans to unveil the public art in May 2019 during the Bicentennial events.