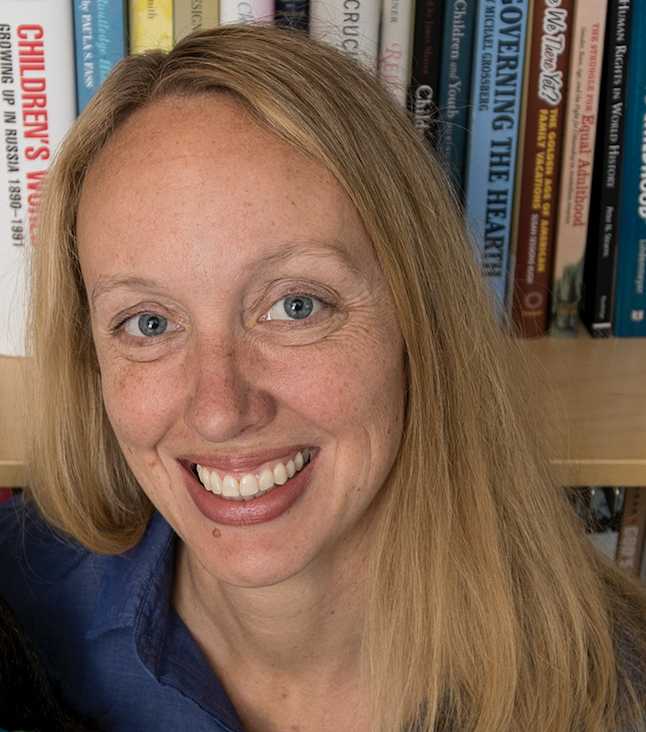 I received a PhD in history from the University of Virginia in 2004 where my dissertation was nominated for the Allen Nevins Prize and was a runner-up for the Southern History Association’s C. Van Woodward Prize. I have been a fellow at Yale’s Gilder Lehrman Center for the Study of Slavery, Resistance, and Abolition and have received numerous grants and fellowships from the University of Virginia and BYU’s College of Family Home and Social Sciences, Family Studies Center, and Women’s Research Institute. A past Executive Board member of the Society for the History of Childhood and Youth, and founding member, I’ve been excited to be a part of this growing and dynamic subfield. I serve on BYU’s Women’s Studies Executive Board and work to address issues of gender and race in my campus and local community. My published work includes a number of articles, book chapters, and If We Could Change the World: Young People and America’s Long Struggle for Racial Equality (Chapel Hill: University of North Carolina Press, 2009), which examines how shifting notions of childhood and children’s rights influenced the struggle for racial equality in 20th century America and considers the vital role of young people in the civil rights movement from the 1930s to the mid-1960s.

My  current research project grew out of my interests in shifting conceptions of youth and young people’s political activism for civil rights. Tentatively entitled, A Quiet Revolution? Youth, Vote 18, and the Expansion of American Democracy, this project examines the movement to lower the voting age in the United States to eighteen, challenging  assumptions about the 18-year-old vote as a top-down movement whereby political leaders “gave” youth the right to vote in order to appease them, and as having little impact on American politics. My recent article, “‘The Proper Age for Suffrage’: Vote 18 and the Politics of Age From World War II to the Age of Aquarius,” in Age in America: The Colonial Era to the Present (NYU Press, 2015), draws from my research for this project. Another recent article, “Holding on to the “Chosen Generation”: The Mormon Battle for Youth in the Late 1960s and Early 1970s,” in Out of Obscurity: Mormonism Since 1945 (Oxford, 2016) explores youth history in this period from another angle.

Originally from Fairbanks, Alaska, I have also lived in Japan, Virginia, Maine, and Oregon. My husband (who works in public health and family medicine) and I have three children.

“‘Where Nothing is Long Ago’: Childhood and Youth in the Mormon Past and Present,” Journal of Mormon History (Spring 2012) 125-138. http://www.mormonhistoryassociation.org/publications/index.html