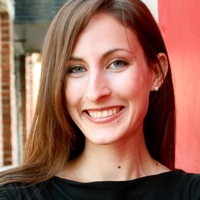 I graduated with my Ph.D. in History from the University of South Carolina where my dissertation was titled “Within the House of Bondage: Constructing and Negotiating the Plantation Landscape in the British Atlantic World, 1670-1820.” In it, I compared the transformation of the Georgian worldview in South Carolina, Virginia, and Barbados between 1670-1820 and argued that architectural space shaped the daily lives and interactions of people of different races, classes, and genders on the plantation, profoundly impacting (and impacted by) ideas about power, race, and gender, contributing to the development of first a colonial, and then an American, identity. At the University of South Carolina, I also completed a Certificate in Historical Archaeology and Cultural Resource Management (CRM) in the Department of Anthropology.

I am a social historian, but I have studied the architectural history, archaeology, and material culture of the American South (particularly Virginia and South Carolina) and the Atlantic World in the 17th and early-18th centuries. I also have B.A. in History from the College of William and Mary (where I completed an honors thesis on the evolution of the staircase in Virginia architecture) and a Certificate in Early American History and Museum Studies from the National Institute of American History and Democracy (NIAHD).

After completing my PhD, I was the 2017-2019 Andrew W. Mellon Post-Doctoral Curatorial Fellow at the American Philosophical Society where I was the co-curator for the 2018 exhibition (In Franklin’s Footsteps: 275 Years at the American Philosophical Society) and the lead curator for the 2019 exhibition (Mapping a Nation: Shaping the Early American Republic).

I am currently the Kinder Institute on Constitutional History Postdoctoral Fellow in Political History at the University of Missouri, where I am working on my manuscript project, The House that Slavery Built: Social and Material Transformation in the British Atlantic World, 1670-1831, and teaching courses on US History, the American Revolutionary Era, and Public History. I am also developing a project on the Historic Women’s Campus at the University of Missouri.

“Change over Time Written in the Historic Architecture of Barbados,” AHA Today, June 29, 2016.

“Visiting the Past and the Places in Between: Buildings and Landscapes as Historical Documents,” AHA Today, June 8, 2016.