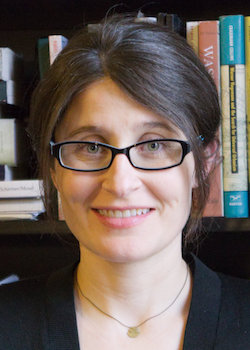 I teach modern European and world history in the history and honors programs at the University of Michigan—Dearborn. My research focuses on urban and environmental history, especially the ways people find meaning in their physical environments and read historical processes into landscapes.

Germany’s Urban Frontiers: Nature and History on the Edge of the Nineteenth-Century City (University of Pittsburgh Press, 2020)

“In an era of transatlantic migration, Germans were fascinated by the myth of the frontier. Yet, for many, they were most likely to encounter frontier landscapes of new settlement and the taming of nature not in far-flung landscapes abroad, but on the edges of Germany’s many growing cities. Germany’s Urban Frontiers is the first book to examine how nineteenth-century notions of progress, community, and nature shaped the changing spaces of German urban peripheries as the walls and boundaries that had so long defined central European cities disappeared. Through a series of local case studies including Leipzig, Oldenburg, and Berlin, Kristin Poling reveals how Germans on the edge of the city confronted not only questions of planning and control, but also their own histories and futures as a community.”

“A Walhalla in the Wasteland: Carl Ernest Schmidt and the Quest of One German-American Businessman to Save Michigan’s Forests,” Michigan Historical Review (forthcoming)

“Occupying No Man’s Land in the Lenné Triangle: Space, Spectacle, and Politics in the Shadow of the Berlin Wall,” In C. Loeb and A. Luescher (Eds.), The Design of Frontier Spaces: Control and Ambiguity (Ashgate, 2015): 31-44.