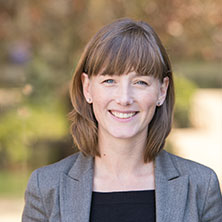 Vanessa May is an Associate Professor of History at Seton Hall University.  She also co-directs the Women and Gender Studies Program and teaches classes on American women’s history, sexuality and gender, immigration, and labor.  She is an expert on the history of domestic workers and labor law.  She is currently at work on a project on settlement houses and the Children’s Bureau in the 1950s and 1960s, with a special focus on older women’s political power and gender and liberal welfare policymaking.

In this book, I explain how and why middle-class women lobbied for protective labor legislation for women industrial and retail workers while leaving out domestic workers, who often cooked and cleaned in those same women’s homes.  I also chronicle the efforts of domestic workers to define middle-class homes as a workplace in need of labor protections.