Affiliation
MA - Distinction awarded by Cardiff university in 2019. Graduate from University of Exeter (2014) 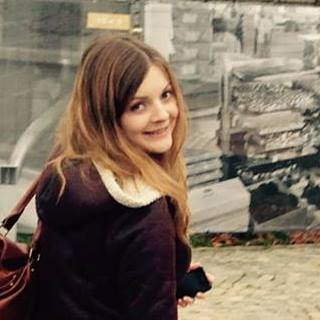 I have taken a keen interest in history from a very young age – my first topic of interest at the age of 5 or 6 was the Sinking of the Titanic. It was in my early teens that I became interested in the 16th Century. During my Secondary Education I wrote a 5,000 word thesis on the English Reformation for the voluntary Extended Project Qualification.

During my undergraduate studies at the University of Exeter, where I studied History & German, I focused on the Late Medieval and Early Modern periods, writing my dissertation on the Church’s attitudes to Superstition in Western Europe during the late Middle Ages – specifically the 14th and 15th centuries.

I have recently completed a Master of Arts degree at Cardiff University who awarded me a Distinction for my unique study of the Women’s Royal Air Force (WRAF), which existed from 1918-20. Women’s Auxiliary corps within the military during The Great War, and especially the WRAF, have received remarkably little scholarly attention in my view, when compared to the Nursing organisations and munitions workers.

My interest in this subject was first aroused after I joined a re-enactment group, which portrays the Women’s Auxiliary Air Force (WAAF), and I later researched its history. Whilst conducting this research, and after learning of the existence of the WRAF in the First World War, I attempted to obtain as much secondary literature as I could. It soon became apparent that there was a dearth of material concerning this organisation. I recognised this as an opportunity for me to research the WRAF and contribute to the existing scholarship on women’s services during the First World War.

Outside of my academic interest in history, I am also a historical reenactor, portraying both the Elizabethan and Henrician periods as both a lower sort and as a member of the minor gentry – mostly at Kentwell Hall in Suffolk. I also portray a Corporal wireless operator in the Women’s Auxiliary Air Force (WAAF) during the Second World War with the Tail End Charlies – this takes me across the country. During the 2019 season I hope to be able to portray a WRAF dispatch rider so as to raise awareness of the women who were members of this organisation in the public sphere as well as in academic circles.

I also make the vast majority of my clothing for reenactment – especially that for the 16th Century – and take a keen interest in historical costume & fashion in general.

Country Focus
Western Europe & the UK - England for much of my early modern studies.