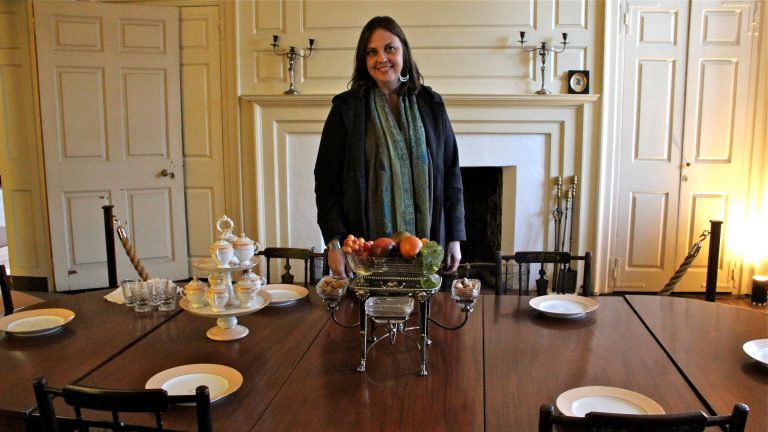 Dr. Kelley Fanto Deetz is Visiting Scholar at U.C. Berkeley, and the Director of Programming, Education, and Visitor Engagement at Stratford Hall. She is an affiliate of UC Berkeley African American Studies. Dr. Deetz holds a BA in Africana Studies and History from The College of William & Mary and an MA and Ph.D. from the University of California at Berkeley. Dr. Deetz works as a historical consultant for several museum sites throughout the Mid-Atlantic, and partnered with National Geographic to work on projects related to Nat Turner. Her work is highlighted in National Geographic’s documentary film Rise Up: The Legacy of Nat Turner (National Geographic Channel), and she wrote the cover story for the National Geographic History Magazine entitled Nat Turner’s Bones: Reclaiming an American Rebel.  She is the author of the critically acclaimed book Bound to the Fire: How Virginia’s Enslaved Cooks Helped Invent American Cuisine, which was named as one of the top ten books on food of 2017 by the Smithsonian Magazine. Her latest piece, African Odyssey: The Epic Journey of Virginia’s First Africans, was published as one of the cover stories in the July/August issue of National Geographic History Magazine.