Affiliation
UCLA Center for the Study of Women 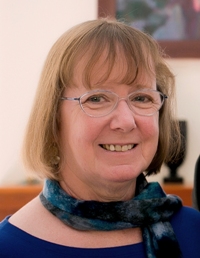 Kathleen Sheldon is an independent scholar with a research affiliation at the University of California, Los Angeles, Center for the Study of Women.

She received her Ph.D. in history from UCLA in 1988 and her M.A. in African Area Studies in 1977. She is a historian who has primarily written about African women and Mozambique. Her most recent book is African Women: Early History to the 21st Century. She also wrote Pounders of Grain: A History of Women, Work, and Politics in Mozambique and edited Courtyards, Markets, City Streets: Urban Women in Africa.

She co-edited, with Judith Van Allen, a special two-part forum on Women and Gender in Africa for the African Studies Review, published in December 2015 and April 2016.

She was the editor for women’s entries for the Dictionary of African Biography (2011). She wrote the articles on Women and African History and Women and Colonialism for Oxford Bibliographies in African Studies, and is also a senior editor for the online resource, Oxford Research Encyclopedia in African History.

She is an editor on the H-Luso-Africa network, https://networks.h-net.org/h-luso-africa, which focuses on the Portuguese-speaking countries of Africa.

“From Frenzied Mobs to Savvy Businesswomen: Researching the History of Market Women in Africa,” in Changing Horizons of African History (2017)

“Creating an Archive of Working Women’s Oral Histories in Beira, Mozambique” in Contesting Archives: Finding Women in the Sources (2010).