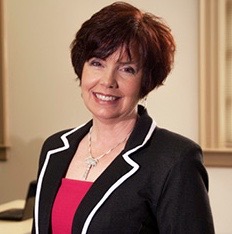 My research areas focus on healing and spiritual experience in early Pentecostalism, women in Christian traditions, particularly in the healing ministries, and healing as a sacramental practice.

My Ph.D. thesis, “Models of Pentecostal Healing and Practice in Light of Early Twentieth Century Pentecostalism” (2002) provided the first-ever examination of the healing theology and practices of early North American Pentecostalism, focusing on the first-hand testimonial material, sermons, and reports in twelve different periodicals published from 1906 to 1923.  This extensive analysis formed the basis for my construction of two theological models, following the emergence of two distinct views of the Christian life within those early years of the movement. The thesis was examined by Rev. Dr. John Kelly, then of St. John’s College, Nottingham, and Prof. Allan Anderson, University of Birmingham, UK.  After having been awarded the Ph.D. in November of 2002, the thesis was published as Pentecostal Healing:  Models of Theology and Practice in the Journal of Pentecostal Theology Supplement Series published by Deo Publishing (Blandford Forum, UK) in 2006 and has remained in print for eleven years. The historiographical methodology which I developed and employed for this research and most of my work since has been regarded by historians of Pentecostalism as groundbreaking, and is now being utilized by numerous scholars, in a variety of disciplines beyond history, to include constructive theology and biblical studies.

The reception of this work in the larger guild has led to invitations to present and publish on the connections between Pentecostal sacramental healing practices with other Christian traditions, including Roman Catholicism. It has also opened doors for me to be engaged in numerous ecumenical and interdisciplinary endeavors.

Currently, I am examining the spiritual experience of early Pentecostals and their interpretations of that experience, hearing their voices through their testimonies. These experiences are recorded in numerous publications from around the world, many of which have been digitized.  This digitization has made it possible to access publications from outside the US, allowing both the broadening and deepening of the analysis. A recent journal article I published out of this research won special recognition for outstanding scholarship by a foundation-sponsored review panel of peers. This, and several other already published pieces, are part of a larger monograph in process.

Incorporating gender analysis into the study of Pentecostalism, a global movement whose membership, but not leadership, is dominated by women, has led my research to recover their voices. Importantly, this has also led to a recovery of understandings of the meaning of Pentecostal experiences that are lost in the official discussions at the level of ecclesial leadership and doctrinal discourse, normally voiced in gendered male language. Currently, I am collaborating with a Canadian historian who works in the area of gender studies on a volume that will examine ways in which healing ministries and arts have become acceptable and “safe” zones for women to function within ecclesial and religious settings, even as these settings would normally be out of bounds for them.

Concurrently, I am doing research on a Pentecostal woman missionary who navigated patriarchal cultures (of her own sending organization and her Arabic ministry context) establishing churches and, importantly, a school for girls, in a Palestinian village, challenging the dominant Zionist narrative of her denomination.

Work with two practical theologians, in interdisciplinary grant-funded research, has led to several articles and one book integrating my historiographical method with empirical research focusing on spiritual experiences, particularly those of women. I helped to craft an extensive survey and to interpret the data for a study of the experiences of a large sample of women holding ministerial credentials in a major Pentecostal denomination. This data is now being compared with similar surveys conducted (independent of ours) in Scandinavia, France, and Ghana.

With a Canadian historian, I am co-editing an issue of a peer-reviewed journal (Pneuma) examining issues of gender discrimination and sexual assault from Pentecostal perspectives. This is part of a response of Pentecostal scholars tot he #metoo and #churchtoo movements.

” A Conversation About the Role of Healing in Pentecostalism:  An Interview of Kimberly Ervin Alexander by Cecil M. Robeck, Jr.”  in Amos Yong, ed., “Health and Healing,” a special issue of Fuller Magazine (May, 2018).