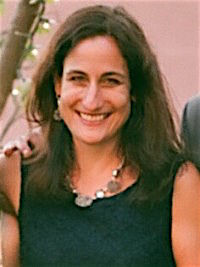 Amy Bentley is Professor in the Department of Nutrition and Food Studies at New York University. A historian with interests in the social, historical, and cultural contexts of food, she is the author of Inventing Baby Food: Taste, Health, and the Industrialization of the American Diet (University of California Press, 2014) (inventingbabyfood.com), which was a finalist for a James Beard Award, and also winner of the ASFS Best Book Award. Other publications include Eating for Victory: Food Rationing and the Politics of Domesticity (University of Illinois, 1998), A Cultural History of Food in the Modern Era(editor) (Berg, 2011), as well as articles on such diverse topics as the politics of southwestern cuisine, a historiography of food riots, and the cultural implications of the Atkins diet. Bentley is co-founder of the Experimental Cuisine Collective, an interdisciplinary group of scientists, food studies scholars and chefs who study the intersection of science and food (currently in hiatus), co-founder of the NYU Urban Farm Lab, and also serves as a Faculty Fellow in Residence at Brittany Hall at NYU. She is Editor of Food, Culture, and Society: An International Journal of Multidisciplinary Research, and is a board member for the journals Food and Foodways and the Graduate Journal of Food Studies.