Additional Contact Information
I am generally available for interviews of any kind. I have a lot of experience creating media and being a commentator. 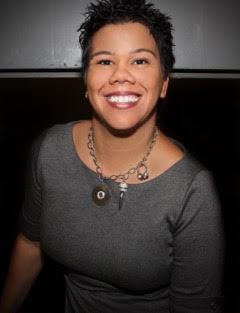 Rosa Clemente, a native of the South Bronx, is one of the most raw, honest, political, social, and cultural voices in the country. From Harvard to prisons, Rosa has spent her life dedicated to scholar activism. She is currently a doctoral student in the W.E.B. Dubois department of UMASS-Amherst. Throughout her scholarly career, Rosa has been a constant on the ground presence through the many political struggles facing Black and Latinx people in the 21st century.

Rosa is the president and founder of Know Thy Self Productions, which has produced four major community activism tours and consults on issues such as Hip-Hop activism, media justice, voter engagement among youth of color, third party politics, intercultural relations between Black and Latinx, immigrants’ rights as an extension of human rights, and universal healthcare. She is a frequent guest on television, radio and online media, as her opinion on critical current events is widely sought after.

Rosa is a leading scholar on the issues of Afro-Latinx identity. Her groundbreaking article, Who is Black?, published in 2001, was the catalyst for many discussions regarding Blackness in the Latinx culture. She continues to discuss cultural identity, political identity and racial identity in and out of the academy.

As the co-founder and coordinator of the first ever National Hip-Hop Political Convention, Rosa helped bring together more than 3000 activists to create and implement a national political agenda for the Hip-Hop generation. She also co-founded the R.E.A.C.Hip-Hop Coalition, a Hip-Hop generation based media justice organization.

Rosa’s academic work has been dedicated to researching national liberation struggles inside the United States with a specific focus on The Young Lords Party (which she wrote her master’s thesis on), The Black Panther Party, and the Black and Brown Liberation Movements of the 60s and 70s, as well as the effects of COINTELPRO (Counter Intelligence Program) on such movements. She has also written extensively on Afro-Latinx identity and politics, sexism within Hip-Hop culture, media justice, Hip-Hop activism and African American and Latinx unity.

The continued pursuit for scholarly excellence has never deterred Rosa from being on the front lines of Black and Latinx struggles. She traveled to Vieques, Puerto Rico to document the US Naval withdrawal from the island after 67 years of US military control. She was in New Orleans and Mississippi, as an independent journalist, a mere ten days after Hurricane Katrina ravaged the area. Her on-the-ground reports were distributed to radio stations around the world.

Rosa is no stranger to taking on high profile celebrities. From her very first article in 2001 calling out Russell Simmons for his lack of understanding of Hip-Hop culture to her 2013 video in response to Rick Ross’ lyrics and calling upon people to put an end to rape culture; Rosa does not sit by silently. Additionally, she continually offers the public a view into her own life and experience. This is hauntingly evident in her 2013 essay Not Ready to Die but Wanting to Die: Depression, Hip-Hop and the Death of Chris Lightly. Rosa shared the story of her own depression, shining a light on the problem within the Hip-Hop community and encouraged people to Break the Silence and Stop the Shame.

Rosa has received numerous awards, grants and fellowships. She has written for Ebony, Clamor Magazine, The Black World Today, The Final Call, The Ave. Magazine, and numerous websites.

She has been the subject of articles in The New York Times, The Nation, The Progressive, The Village Voice, Urban Latino, Essence, Latina, Vibe, The Huffington Post, and many other publications.

Rosa ran for Green Party Vice President in the 2008 U.S. election. Along with Congresswoman Cynthia McKinney, the pair became the first women of color ticket in American History.