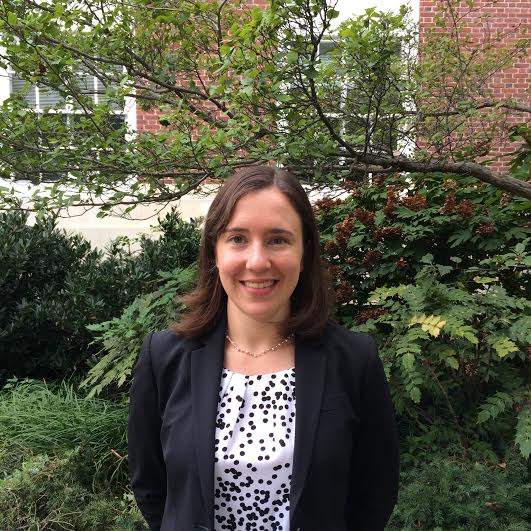 Sara T. Damiano is a historian of women and gender in early America and the Atlantic World. She received her PhD in History from Johns Hopkins University and is currently an assistant professor at Texas State University.

Damiano has previously published articles on spouses’ handling of finances during the American Revolution, collaborations between male and female financial agents, and female administrators of estates. In the Spring of 2016, she was a Program in Early American Economy and Society (PEAES) postdoctoral fellow at the Library Company of Philadelphia. Her research has also received support from organizations and institutions including the American Historical Association, the American Society for Legal History, and the McNeil Center for Early American Studies.

Damiano teaches courses on early America, the Atlantic world, law and society, capitalism and economic culture, and American women’s and gender history. Prior to arriving at Texas State University, she taught courses at Johns Hopkins University and University of Maryland, Baltimore County.

“Writing Women’s History through the Revolution: Family Finances, Letter Writing, and Conceptions of Marriage,” William and Mary Quarterly 74, no. 4 (October 2017): 697-728.

“The Abigail Adams ‘Problem;’ or, Teaching Women’s History of the Revolutionary Era,” The Panorama: Expansive Views from the Journal of the Early Republic, April 16, 2018.