Affiliation
University of Oxford (as of September 2018)

Additional Contact Information
I will be a Marie Curie Research Fellow at the University of Oxford from Sept 2018 until August 2020. I can be contacted via email, or (more quickly) on Twitter: @15thcgossipgirl. 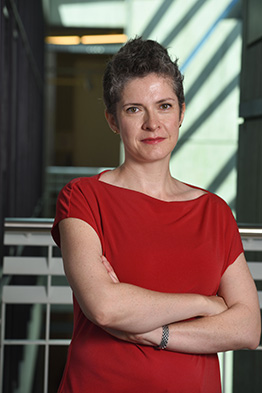 Mary C. Flannery is a medievalist and writer based in Switzerland, and a Marie Curie Research Fellow at the University of Oxford  (2018-2020). She has published widely on medieval English literature and culture, focusing particularly on the topics of fame, shame, obscenity, and gender. She is the author of John Lydgate and the Poetics of Fame (Brewer, 2012) and Practicing Shame: Female Honour in the Literature of Medieval England (Manchester UP, forthcoming). She is also the co-editor of The Culture of Inquisition in Medieval England (Westfield Medieval Studies, 2013) and Spaces for Reading in Later Medieval England (Palgrave, 2016), and the editor of the forthcoming volume on Emotion and Medieval Textual Media (Brepols).

How can one know if a woman is honourable? In medieval culture, female honour rested most heavily on one thing: sexual continence, or chastity. But how could one be absolutely sure if a given woman was chaste?

Practicing Shame (forthcoming with Manchester University Press) demonstrates how, in the literature of medieval England, female honour is a matter of emotional practice and performance—it requires learning how to ‘feel’ in a specific way. In order to safeguard their chastity, women were encouraged to cultivate hypervigilance against the possibility of sexual shame through a combination of inward reflection and outward comportment. Often termed ‘shamefastness’, this practice was believed to reinforce women’s chastity of mind and body, and to communicate that chastity to others through a combination of conventional gestures. At the same time, however, medieval anxiety concerning the potentially misleading nature of appearances rendered these gestures suspect—after all, if good conduct could be learned, then it could also be counterfeited. Practicing Shame uncovers the paradoxes and complications that emerged out of the emotional practices linked to female honour, as well as some of the unexpected ways in which those practices might be reappropriated by male authors.

Written at the intersection of literary studies, gender studies, and the history of emotions, this book transforms our understanding of the ethical construction of femininity in the past and provides a new framework for thinking about honourable womanhood now and in the years to come.