Additional Contact Information
I have media experience. I live in London. 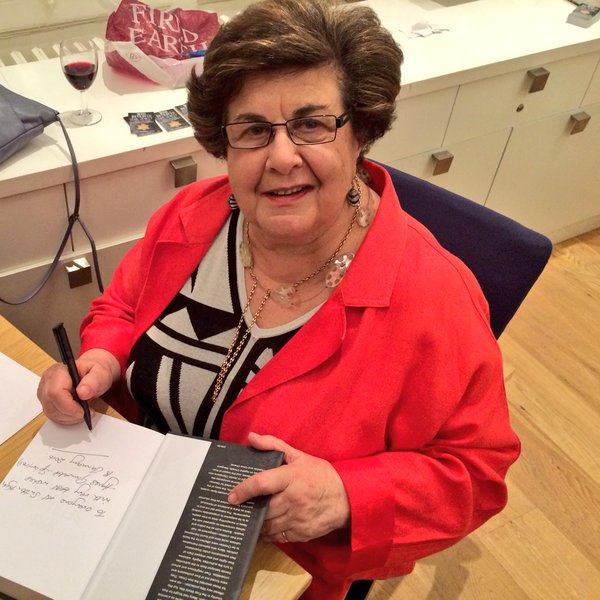 I was born in Budapest in July 1944 and was in the Budapest Ghetto with my mother. I was 6 months old when the Russians liberated us in January 1945. I am therefore one of the youngest Holocaust survivors. We came to England in May 1947.

In my fifties I did an MA in Holocaust Studies at Sheffield University which led to me writing my books and giving talks both in the UK and abroad in my pensioner years. I have had three books published on the Holocaust as detailed below.

I have received an MBE from the Queen for my work on the Holocaust in 1916 and an Honorary Doctorate of Letters from Sheffield University in January 2018. I received a second Honorary Doctorate (of Arts) from Oxford Brookes University on 22 June 2018. Accordingly I can be referred to as Dr. Grunwald-Spier in the context of my work on the Holocaust.

I am used to speaking to all sorts of groups, to chairing events, to being interviewed and to being part of a panel.

Women’s Experiences in the Holocaust: In Their Own Words – published in UK in January 2018 by Amberley Publishing. Paperback now available

Who Betrayed The Jews? The Realities of Nazi Persecution in the Holocaust – published in paperback in August 2017 by Amberley Publishing. E book available.

The Other Schindlers: Why Some People Chose to Save Jews in the Holocaust – published by The History Press in April 2010. Translated into Danish, Brazilian-Portuguese and Romanian.

I am planning a fourth book which will be a family memoir for my 3 sons and my grandchildren.

Media Coverage
Experience of radio and TV interviews, press profiles, chairing events and being part of a panel.