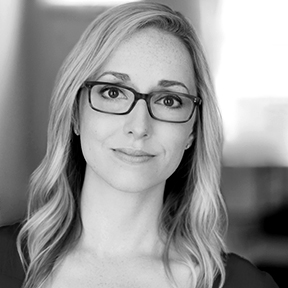 Kathleen Belew is Assistant Professor of U.S. History and the College at the University of Chicago. She specializes in the recent history of the United States, examining the long aftermath of warfare.

Her first book, Bring the War Home: The White Power Movement and Paramilitary America (Harvard University Press, Spring 2018), explores how white power activists wrought a cohesive social movement through a common story about warfare and its weapons, uniforms, and technologies. By uniting previously disparate Ku Klux Klan, neo-Nazi, skinhead, and other groups, the movement carried out escalating acts of violence that reached a crescendo in the 1995 bombing of Oklahoma City.

Belew has held postdoctoral fellowships from Northwestern University and Rutgers University. Her research has received the support of the Andrew W. Mellon and Jacob K. Javits Foundations, as well as Albert J. Beveridge and John F. Enders grants for research in Mexico and Nicaragua. She holds a doctoral degree in American Studies from Yale University (2011). She earned her undergraduate degree in the Comparative History of Ideas from the University of Washington in 2005, where she was named Dean’s Medalist in the Humanities.

Belew is at work on two new projects, one focusing on processes of militarization in the domestic United States and the other on ideas of the apocalypse in American history and culture. Her award-winning teaching centers on the broad themes of race, gender, violence, identity, and the meaning of war.