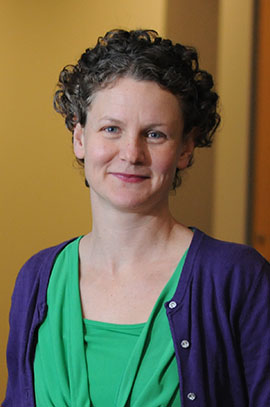 I am writing a book about 20th Century famines and what they can teach us about 21st Century food security and disaster relief responses. I am especially interested in how emergency foods evolved, and also in how the science of industrial management revolutionized responses to famines. In 2016-2018 I received a $200,000 fellowship from the Carnegie Foundation in support of this research.

I am also an expert on Soviet agriculture and the long-term impacts of socialist agricultural and environmental policies. In 2014 I published a book with Yale University Press on this subject called Works in Progress: Plans and Realities on Soviet Farms, 1930-1963. It won the 2014 Henry A. Wallace award from the Agricultural History Society.

I am co-editor (with Tom Robertson) of a volume about the environmental legacy of international development projects. The book, entitled Transplanting Modernity,  is forthcoming from University of Pittsburgh Press. This project grew out of a workshop Tom and I held in 2015 that was supported by grant from the NSF.

Finally, as well as having a rewarding academic career, I have a hobby I am very devoted to–I help run Hong Kong’s finest independent English language bookshop, Bleak House Books. As a result, I know a lot about Hong Kong’s literary culture, its publishing industry and the ins and outs of running an indie bookshop on the doorstep of mainland China!