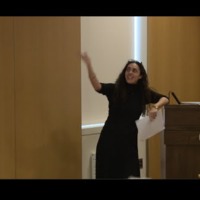 I am a Greek historian, working on the culture, history, and society of the ancient Greek world, from the 8th till the 2nd century BCE. My work focuses on the history of the Aegean sea and its islands, ancient and modern concepts of insularity, geography, and the environment. I am also interested in Greek historiography, and how ancient historians (including fragmentary local historians) shaped the discipline. I explore the interplay between historiography and identity at various registers (political, local, ethnic, social etc.). I have published two monographs with Oxford University Press on the history of the Aegean and its networks (The Dance of the Islands: Insularity, Networks, the Athenian Empire, and the Aegean world, 2007, and Aegean Interactions: Delos and its Networks in the Third Century, 2017), and I have co-edited a volume on networks and ancient history (Irad Malkin, Christy Constantakopoulou and Katerina Panagopoulou eds. Greek and Roman Networks in the Mediterranean, Routledge 2009). My new research focuses on the social history of ancient Greek hunting: I explore hunting as a social practice beyond the elite circle. I am interested in how gender, class, and the environment shaped attitudes to hunting.