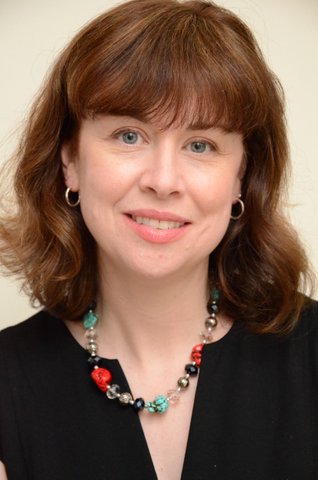 Dr. Margaret A. Weitekamp curates the Smithsonian National Air and Space Museum’s social and cultural history of spaceflight collection, more than 5,000 artifacts that include space memorabilia and space science fiction objects. These everyday mementos of the space age – which include toys and games, clothing and stamps, medals and awards, buttons and pins, as well as comics and trading cards – complete the story about spaceflight told by the Museum’s collection of space hardware and technologies.

Weitekamp earned a BA from the University of Pittsburgh and an MA and PhD in history from Cornell University. During her graduate work, she was a Mellon fellow in the humanities and spent a year in residence at the NASA Headquarters History Office in Washington, D.C. as the American Historical Association / NASA Aerospace History Fellow. Before joining the Smithsonian, Weitekamp taught in the Women’s Studies Program at Hobart and William Smith Colleges in Geneva, New York.

She is the author of Pluto’s Secret: An Icy World’s Tale of Discovery (Abrams Books for Young Readers, 2013), written with David DeVorkin and illustrated by Diane Kidd, and co-editor with Anne Collins Goodyear of the ninth volume in the Artefacts series on the material culture of science and technology, Analyzing Art and Aesthetics (Smithsonian Institution Scholarly Press, 2013).  Her book Right Stuff, Wrong Sex: America’s First Women in Space Program (Johns Hopkins University Press, 2004; paperback 2006), won the 2004 Eugene M. Emme Award for Astronautical Literature from the American Astronautical Society. She is currently developing a new book project, a social and cultural history of space memorabilia.