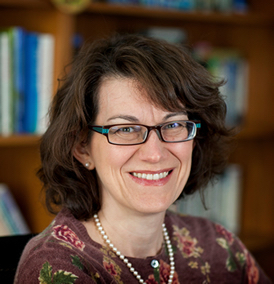 Aniko Bodroghkozy is Professor of Media Studies at the University of Virginia and has been on its faculty since 2001. She is the author of Equal Time: Television and the Civil Rights Movement  published in 2012 by the University of Illinois Press. Her first book, Groove Tube: Sixties Television and the Youth Rebellion was published by Duke University Press in 2001. She is also editor of a major anthology for Wiley-Blackwell’s “Companions in Cultural Studies” series, A Companion to the History of American Broadcasting published in 2018. Currently she is pursuing  a single author work tentatively titled Black Weekend: President Kennedy’s Assassination, Television News, and Gave Birth to Our Media World. She has published numerous articles on American cinema and television and the social change movements of the postwar era. Her work has appeared in scholarly journals such as Cinema Journal, Screen, Television and New Media, and the online TV Studies journal Flow, as well as in general interest venues like Slate.com and NBCnews.com. Her work has also been frequently reprinted and anthologized in volumes such as Television: The Critical View, Hop on Pop: The Pleasures and Politics of Popular Culture, and Critiquing the Sitcom. She teaches American broadcasting history and historiography, media theory and criticism, and topics courses such as media in the Kennedy era, media and protest in the 1960s, and the civil rights movement and media.