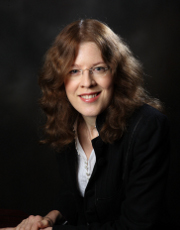 Dr Gilly Carr is a Senior Lecturer and Academic Director in Archaeology at the University of Cambridge. She is also a Fellow and Director of Studies in Archaeology of St Catharine’s College, Cambridge. She specialises in the archaeology, history and heritage of the German occupation of the Channel Islands, where she works on victims of Nazism.

She is currently working on a monograph entitled ‘Nazi persecution in the Channel Islands: A legitimate heritage?’, which analyses the experiences in Nazi prisons and concentration camps of Channel Islanders, based on their written testimonies of this period, and examining their memory and heritage over the last 70 years. The book will be published by Bloomsbury Academic.

Recently completed projects include editing a special issue of the International Journal of Historical Archaeology on the theme of the materiality of Nazi camps (co-edited with Claudia Theune and Marek E. Jasinski).

Before that, Gilly co-edited ‘Heritage and Memory of War: Responses from Small Islands’ (Routledge 2015, co-edited with Keir Reeves), which explores how and why war memory is so enduring in small islands, and how it shapes identity and heritage responses. Previous volumes include ‘Legacies of Occupation: Heritage, Memory and Archaeology in the Channel Islands’ (Springer, 2014), which discusses the archaeology and heritage of the WWII German occupation of the Channel Islands; and ‘Protest, Defiance and Resistance in the Channel Islands: German Occupation 1940-1945’ (Bloomsbury Academic 2014), partnered by Dr Paul Sanders (Reims) and Dr Louise Willmot (MMU). A short video, ‘Forgotten Heroes’, was made about some of this research. The research was supported by the British Academy and the McDonald Institute for Archaeological Research. Older works include ‘Prisoners of War’ (Springer, 2013), and ‘Creativity Behind Barbed Wire’ (Routledge, 2012).

Current projects include ‘On British Soil: Nazi Persecution in the Channel Islands’, the title of Gilly’s latest museum exhibition (at the Wiener Library for the study of the Holocaust and Genocide) and the book accompanying the exhibition. Gilly is also working on a digital heritage project funded by the EVZ Foundation (Germany) on the Channel Islanders deported to Nazi prisons and concentration camps. Spin-off projects from this will include a teaching pack for the Holocaust Educational Trust for use in schools. She has also made two BBC documentaries based on this research. Before this she was working on ‘Nazi camps on British Soil’, which concerns the archaeology and heritage of forced and slave labour in the Channel Islands. The focus of this project was Lager Wick forced labour camp in Jersey.