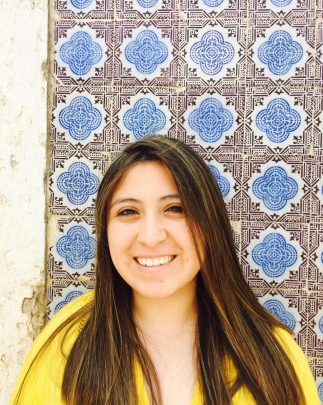 Dr. Yesenia Barragan is a historian of modern Latin America and the Caribbean and is currently a Postdoctoral Fellow in the Society of Fellows at Dartmouth College. In Fall 2019, she will join the History Department at Rutgers University as Assistant Professor of Modern Latin American History. She specializes in the history of Afro-Latin America and the African diaspora in the Americas, with a focus on race, gender, slavery, and emancipation in the nineteenth and twentieth centuries. Dr. Barragan earned her Ph.D. in Latin American History at Columbia University, where she was a Ford Foundation Fellow, and her B.A. in Philosophy and History from Brown University, where she was a Mellon Mays Undergraduate Fellow and Beinecke Scholar.

Her current book project, Frontiers of Freedom: Slavery and Emancipation on the Colombian Pacific, explores the protracted process of the gradual abolition of slavery (1821-1852) and the aftermath of emancipation on the frontier Pacific lowlands of Colombia, the former gold mining center of the Spanish Empire. The first English-language study of gradual emancipation in Colombia, Frontiers of Freedom reframes the history of emancipation in the Atlantic World by centering Colombia and the northern Andes within a larger history of antislavery and abolition. Her next book project turns to the making of the African diaspora in the Gulf World during the long nineteenth century, looking especially to Mexico, Central America, the northern Andes, the U.S. South, and the Caribbean. Dr. Barragan is also the author of Selling Our Death Masks: Cash-for-Gold in the Age of Austerity (Zero, 2014), a creative, historical ethnography of cash-for-gold shops in the wake of the latest economic crisis based on fieldwork and archival work in Spain, Greece, and Colombia.